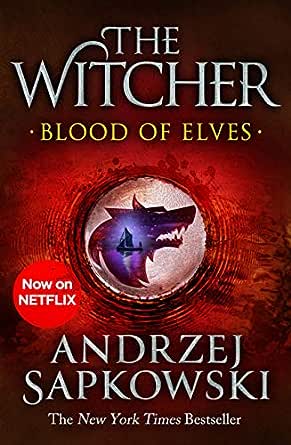 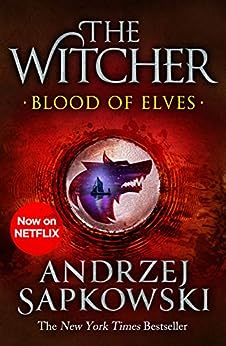 "This is a series you can sink your teeth into."--BuzzFeed News

"A breath of fresh air in a well-worn genre. Don't miss it!"-- Fantasy Book Review

"The Lady of the Lake is, without any doubt, the best and most profound fantasy novel I have ever read. It is hard to put down, yet also a challenging and deeply rewarding book. And it is genuinely moving. I have never read a fantasy series like this, and suspect I never will again."--Nerds of a Feather on The Lady of the Lake

"The Witcher delivers one of the most intense and rewarding role-playing experiences this year."--GT Reviews on The Witcher video game

"New battle mechanics, a fantastic storyline, and a gritty setting make The Witcher one of the most engrossing, mature RPGs to arrive on the PC in years."--Gamespot.com on The Witcher video game

The Witcher, Geralt of Rivia, holds the fate of the world in his hands in the New York Times bestselling first novel in the Witcher series that inspired the Netflix show and video games.

For more than a hundred years, humans, dwarves, gnomes and elves lived together in relative peace. But times have changed, the uneasy peace is over and now the races are fighting once again - killing their own kind and each other.

Into this tumultuous time is born a child of prophecy, Ciri, surviving heiress of a bloody revolution, whose strange abilities can change the world - for good, or for evil...

As the threat of war hangs over the land, Geralt the Witcher must protect Ciri from those who are hunting the child for her destructive power.

But this time, Geralt may have met his match.

Corrie
5,0 van 5 sterren Great story, watch out for Amazon's mislabelling of the order the books come in
16 juli 2016 - Gepubliceerd op Amazon.com
Geverifieerde aankoop
This story is excellent and if you have played The Witcher videogames then you will appreciate it all the more (and vice versa)

I'm really just writing this review so people don't fall into the same trap that I did and skip over Swords of Destiny before reading this one. Amazon has this labelled as Book 2 and has Swords of Destiny labelled as Book 4. That is because Swords of Destiny was published later (the English version at least), but in terms of the story this is the order I would recommend reading them in: Last Wish, Swords of Destiny, Blood of Elves, Time of Contempt, Tower of Swallows, and Lady of the Lake (coming out in 2017). The Last Wish and Swords of Destiny are collections of short stories, but the rest all follow a specific story arc so it is really better to at least read the rest in the order that I mentioned. Hope that helps!
Meer lezen
1.164 mensen vonden dit nuttig
Vertaal recensie in het Nederlands

tqwert1
2,0 van 5 sterren What a disappointment after The Last Wish
25 februari 2019 - Gepubliceerd op Amazon.com
Geverifieerde aankoop
I read this after reading The Last Wish, the first collection of Witcher stories, which was great. I've also played the first two Witcher games years ago but not the third yet. With that backdrop, Blood of Elves was a real disappointment. Maybe all the tedious set up that goes nowhere in this book pays off in later books, and I've already bought the next Witcher book, so I'll give it one more shot to get the story moving. But this book as a standalone was a boring waste of time. I'd say there's four main problems:
1. Geralt is not the main character. He's only in I'd estimate about 1/4 of the book, and half the time he is in it he's sulking about something and not talking. So there's only about 1/8 of the book where Geralt is being the Geralt I liked from the Last Wish.
2. Instead of Geralt, the main character of this book is Ciri, and she's just not an interesting character at all. Yet another 'chosen one' child with some great destiny that's hinted at but never given any substance in this book. There's a long section where's she's training to be a Witcher, then she gives that up, and there's a long section where she's training to be a sorceress, both of which are just boring. In fact, the whole last chapter of the book, which is 50 pages long, longest in the whole book is her training like Luke Skywalker with Yoda.
3. In that last chapter Yennefer is reduced to being Yoda. This is not the bad ass Yennefer from The Last Wish, but a changed, boring teacher character. Yennefer in The Last Wish was drinking herself into a stupor and sleeping around town that she was in illegally. She bedded Geralt then put a spell on him to make him go around town thrashing her enemies, generally making a fool of himself and getting himself arrested. Then she had no qualms about destroying the whole town and nearly getting herself killed trying a control a genie that would have made her magical powers near omnipotent. From that, in this book she turns into Yoda basically, teaching and scolding Ciri about how to use the Force. Literally. It's such a knock off that she is actually teaching Ciri to "use the Force." E.g., an actual line spoken by Yennefer that could have come Star Wars -- "I know the force is bursting out of you, but you have to learn to control it."
4. There's no story. Nothing really happens. Ciri learns how to sword fight from Geralt's buddies and to cast spells from Yennefer. There are some unidentified bad people trying to find her. Geralt tries to figure out who they are, lets them get away a couple times without finding out much, then disappears from the book. There's a lengthy meeting of a bunch of kings planning a war that didn't actually result in anything, at least not in this book. There are repeated disjointed flashbacks to a battle in a prior was in which some better characters from the Last Wish were killed off. That's about it.
Meer lezen
70 mensen vonden dit nuttig
Vertaal recensie in het Nederlands

RockyFace
1,0 van 5 sterren Don't waste your time or money!
16 januari 2019 - Gepubliceerd op Amazon.com
Geverifieerde aankoop
Absolute garbage of a book. I couldn't even get halfway through it. The writing style is rubbish. There is no transition from one scene to the next. No descriptions of the surroundings or the actions of the characters. It is like the author took the dialogue from a movie or game and slapped it down on the pages without any context.
Meer lezen
44 mensen vonden dit nuttig
Vertaal recensie in het Nederlands

Peter Carrier
3,0 van 5 sterren “Since you’re coming in by way of the window, it must be important...”
10 september 2018 - Gepubliceerd op Amazon.com
Geverifieerde aankoop
“...Because if it isn’t I’m going to throw you straight back out through it.”

“Blood of Elves” continues the Witcher series and is the first true novel in it. Though every bit as readable and poignant as the earlier tales, the novel lacks much of the punch as the short stories that preceded it. That’s to be expected to some degree, given the longer-form approach of the novel format. Still… I couldn’t help but feel underwhelmed by this entry. The book still gets two thumbs up, but that rating in this case is entirely subjective. Veritably no part of my disposition toward this book, which is mostly positive, can be born of anything remotely impartial. I’m just too interested, too enamored and too invested to see these stories in anything less than a favorable light.

If you enjoy the world that Sapkowski has built, you’ll want to take this ride. For those not already acquainted with Geralt of Rivia, you are advised to check out the short stories first. While “Blood of Elves” can stand on it’s own, the story is much better, the world much deeper and the characters far more interesting when provided context from the previous entries in the series.

Recommended for: existing fans of the franchise, whether the introduction occurred from the games or the anthologies (“The Last Wish” and “The Sword of Destiny”); genre devotees looking for a story with more modern sensibilities or relevance; readers that enjoy prophecy-tropes or other tales that involve a child saving the world, with all the accompanying humor and character growth those stories tend to offer.

“To be neutral does not mean to be indifferent or insensitive. You don’t have to kill your feelings. It’s enough to kill hatred within yourself. Do you understand?”

“Let them call me a traitor and a coward. Because I, Yarpen Zigrin, coward, traitor and renegade, state that we ought to live. Live in such a way that we don’t, later, have to ask anyone for forgiveness.”

“You should know, Ciri,” said Yarpen, “that my grandmother knew her medicine like nobody’s business. Unfortunately, she believe that the source of most disease is idleness, and idleness is best cured through the application of a stick. As far as my siblings and I were concerned, she chiefly used this cure preventively.”

“Geralt and Coen controlled their expressions wonderfully, Lambert and Eskel a little less so, Vessemir not at all. But then, she thought, looking at his comically embarrassed expression, in his day the world was a better place. Duplicity was a character flaw to be ashamed of. Sincerity did not bring shame.”
Meer lezen
38 mensen vonden dit nuttig
Vertaal recensie in het Nederlands