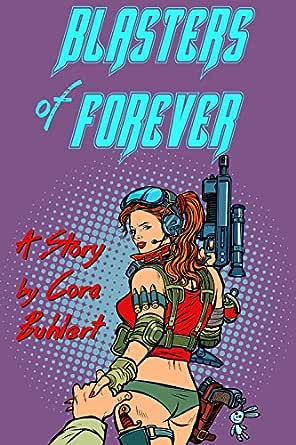 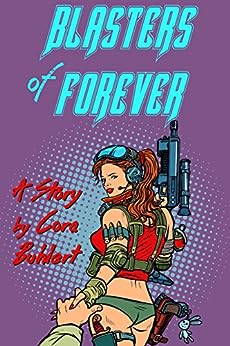 1985: Screenwriter Simon St. John makes his living writing toy tie-in cartoons and dreams of finally getting his screenplay "People on a Bridge" produced.

The Blasters explain that they are from the future, where Simon is considered not just one of the greatest creative minds of the twentieth century, but also the inspiration for the time travel program that eventually led to the formation of the Blasters of Forever.

This is a short story of 5500 words or approximately 20 print pages.

Princejvstin
4,0 van 5 sterren 80's Cartoons Meets Galaxy Quest.
10 mei 2018 - Gepubliceerd op Amazon.com
Geverifieerde aankoop
A fun and entertaining story, BLASTERS OF FOREVER is a short story (20 pages or so) that is well within the light-hearted side of Cora Buhlert's spectrum of writing. It's a brief but sincere love letter to the toy-cartoons of the 1980's that she, and people like me grew up on. The fact that the protagonist's creation ultimately becomes real might and did invoke for me memories of Galaxy Quest, and this story is firmly within the spirit of that movie.
So, 80's Cartoons Meets Galaxy Quest. If that sounds like a winning combination to you, you will enjoy this story too.