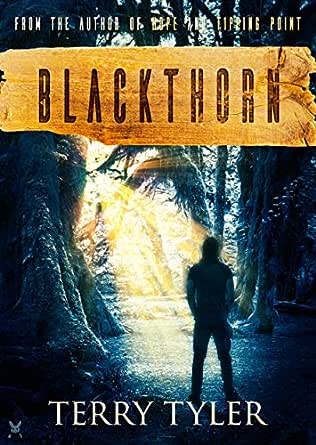 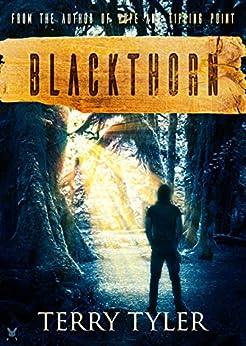 One hundred and fifteen years ago, a mysterious virus wiped out ninety-five per cent of humanity.

Blackthorn, the largest settlement in England, rose from the ashes of the devastated old world. It is a troubled city, where the workers live in crude shacks, and make do with the worst of everything.

It is a city of violent divisions, crime, and an over-populated jail block, until a charismatic traveller has a miraculous vision, and promises to bring hope back to the people's lives.

Blackthorn falls under Ryder Swift's spell, and the most devoted of all is the governor's loyal servant, Lieutenant August Hemsley.

Twenty-one-year-old Evie has lived her whole life in the shacks. She and disillusioned guard Byron Lewis are two of a minority who have doubts about Ryder's message. Can they stand against the beliefs of an entire city?
click to open popover

Cynthia Harrison
4,0 van 5 sterren Dystopian Page Turner
8 december 2019 - Gepubliceerd op Amazon.com
Geverifieerde aankoop
Terry Tyler is incapable of writing a bad book, whatever genre she chooses to explore. I’m a fan of dystopian fiction, so am pleased Tyler has written several of these, the latest being the wholly engrossing Blackthorn. A corrupt settlement where the greedy prey on the poor and leadership is rotten from the top down, until a charismatic traveler comes to town with a story of redemption that changes lives in miraculous ways..or maybe clever Evie is right and this savior is something else entirely. One thing readers can be sure of is that Blackthorn is yet another entry into Tyler’s stunning oeuvre.
Meer lezen
2 mensen vonden dit nuttig
Vertaal recensie in het Nederlands

Valmarp
5,0 van 5 sterren Another Terry Tyler page turner
27 december 2019 - Gepubliceerd op Amazon.com
Geverifieerde aankoop
I have to say I'm not generally a fan of post apocalyptic fiction, but Terry Tyler's books are my exception. Why? Because of the characters. In a way, it doesn't matter what period the books are set in because her people are always real, rounded and totally believable. Blackthorn could have been set in medieval times (although the language is very much of our time) rather than 100 years in the future; the life the majority of people lead in this post apocalypse age is actually just as primitive as those of much earlier centuries. In Blackthorn, the story has a similar feel and setting to the later books in the Project Renova series (post Tipping Point) although it could easily be read as a stand alone. However, I really became involved with the main characters and this made the book for me. The story itself is a scarily compelling look at the power of idealism when presented by charismatic personalities. It made me think of many situations in both history and the present day when people have been persuaded to follow an ideal en masse. Terry Tyler's writing always leaves me with something to mull over, and I like that. Altogether, this book is a great read and I'm now very much looking forward to reading the sequel to her previous book, Hope, which I understand will be coming soon.
Meer lezen
Vertaal recensie in het Nederlands

Whispering Stories Book Blog
5,0 van 5 sterren I was totally hooked on yet another page-turner
13 januari 2020 - Gepubliceerd op Amazon.com
‘Blackthorn’ is the latest release from best-selling, multi-genre British author, Terry Tyler. Whilst this book is related to the Project Renova series, readers have sufficient backstory drip-fed for this tale to stand alone as an offshoot. The action is mainly seen through the eyes of Evie Woods, the free-spirited young bakery assistant, Byron Lewis V, the guard who values his independence and Gus Hemsley, the honest and dutiful lieutenant. Occasionally we see things from the perspective of the devious and cynical governor, Wolf North. The story is told in the first person and the present tense and divided into three fairly even parts.

Many years have passed since the earth was turned on its head where only a few survived. Generations have lived and died in a world reclaimed by nature with urbanisation giving way to forestation and life being focused on the quest for survival.

Blackthorn grew from the ashes of UK North and has its own currency but over a hundred years since ‘the Fall’, Britain is still a partial barter economy. The city has its own independent infrastructure and there is a strict hierarchy with social tiers from labourers, farmers and hunter gatherers, to a tertiary sector and at the top, those in control who enjoy the best that this dystopian life has to offer. Although nothing is on a parallel with the life their ancestors enjoyed before bat fever wiped out huge sways of the worldwide population.

Whilst life on the outside can be lawless, life in the city of Blackthorn is relatively safe if you abide by the rules. However, the workers are restless with fighting and strikes becoming more pronounced. Prison sentences are becoming less of a deterrent, so something needs to happen to keep society stable. Enter charismatic traveller, Ryder Swift, who appears to have all the answers. With him comes a glorious light which brings hope to the hopeless and peace of mind to the troubled. It is fair to say at this point, I was intrigued to see how this would play out and enjoyed the journey as subtle manipulation turned to calculated indoctrination.

As the plot develops, we witness Tyler’s matchless style through the use of irony, cynicism, humour and foreshadowing to keep her readers on their toes. There are echoes from the Nazi-influenced Renova Project in the creation of the ‘House of Angels’ and parallels between some characters from the earlier books but the inclusion of these elements did not lessen the impact of this story.

Just when the reader thinks they have all the answers, Tyler pulls yet another ace from her sleeve. She has the ability to create vivid characters with enviable ease, about whom her readers cannot help but care. There was a particularly delightful twist at the end for Evie which will melt the heart of the most critical of reviewers.

I wondered if Terry Tyler was over-egging the pudding with regard this particular post-apocalyptic idea but before long I was totally hooked on yet another page-turner and read the book in three days. I suspect there may be scope for a sequel here and award Blackthorn five stars.

Book Reviewed on Whispering Stories Book Blog
*I received a free copy of this book, which I voluntarily reviewed