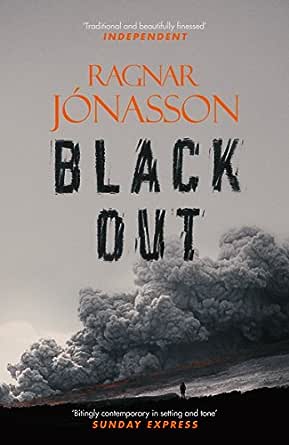 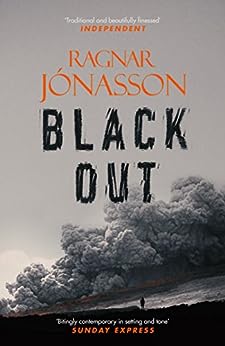 THE SECOND INSTALMENT IN THE INTERNATIONAL BESTSELLING DARK ICELAND SERIES

OVER A MILLION COPIES SOLD WORLDWIDE

As the light of the arctic summer is transformed into darkness by a recent volcanic eruption, Icelandic police officer Ari Thór Arason take on an increasingly perplexing case, when a young man is discovered brutally beaten to death on the shores of a tranquil fjord…

'A modern take on an Agatha Christie-style mystery, as twisty as any slalom…’ Ian Rankin

On the shores of a tranquil fjord in Northern Iceland, a man is brutally beaten to death on a bright summer’s night. As the 24-hour light of the arctic summer is transformed into darkness by an ash cloud from a recent volcanic eruption, a young reporter leaves Reykajvik to investigate on her own, unaware that an innocent person’s life hangs in the balance.

Ari Thór Arason and his colleagues on the tiny police force in Siglufjörður struggle with an increasingly perplexing case, while their own serious personal problems push them to the limit. What secrets does the dead man harbour, and what is the young reporter hiding? As silent, unspoken horrors from the past threaten them all, and the darkness deepens, it’s a race against time to find the killer before someone else dies…

Dark, terrifying and complex, Blackout is an exceptional, atmospheric thriller from one of Iceland’s finest crime writers.

‘The darkness and cold are palpable’ Marcel Berlins, The Times

‘A distinctive blend of Nordic Noir and Golden Age detective fiction … economical and evocative prose, as well as some masterful prestidigitation’ Guardian

‘Jónasson’s writing is a masterful reinvention of the Golden Age classic style, both contemporary and timeless … enclosed by the poetic beauty of the location’ Crime Review

‘Is King Arnaldur Indriðason looking to his laurels? There is a young pretender beavering away, his eye on the crown: Ragnar Jónasson…’ Barry Forshaw

‘An isolated community, subtle clueing, clever mis-direction and more than a few surprises combine to give a modern day Golden Age whodunnit. Well Done! I look forward to the next in the series’ Dr John Curran

‘Brings you the chill of a snowbound Icelandic fishing village cut off from the outside world, and the warmth of a really well-crafted and translated murder mystery’ Michael Ridpath

Bernie Bernbaum
2,0 van 5 sterren More of a Soap Opera than a Murder Mystery
5 januari 2018 - Gepubliceerd op Amazon.com
Geverifieerde aankoop
This is a pretty miserable book. It's suppose to be a murder mystery but it's really a soap opera. The first half of the book is used to introduce the cast of characters - first, too many characters, and, second, all of those characters have serious personal and/or social problems. The actual murder investigation doesn't even begin until you're halfway through. And then, the investigation is pretty cursory. The killers are found fairly easily so the author then introduces another element to keep the book going.
The wrap-up towards the end is completely trite and unbelieveable. I'm certainly not going to read any more of this author's work.
I much preferred the series by Arnaldur Indridason.
Meer lezen
9 mensen vonden dit nuttig
Vertaal recensie in het Nederlands

In a conventional police mystery, the investigation would be in the foreground with the lives of the characters in the background. This author seems to favor the reverse. You get a running detailed account of the personal dramas, past and present, of many of the players. While this adds a degree of richness you don’t find in many books, I indulge in this genre for the plots, not the ancillary soap opera.

The three central police conduct the investigation, while one deals with a marriage separated by distance, another, a broken romance and the third, guilt from childhood transgressions. It’s little wonder that a television reporter leapfrogs them in digging up leads, even though she grapples with workplace treachery, physical scarring and the after effects of being a crime victim. The secondary players largely act out of their own childhood traumas, described in some detail.

The complexity of all of this weaving together is interesting, but the personal issues dominate the pages.
Meer lezen
6 mensen vonden dit nuttig
Vertaal recensie in het Nederlands

Daniel Brosky
1,0 van 5 sterren Hugely disappointing.
5 januari 2018 - Gepubliceerd op Amazon.com
Geverifieerde aankoop
I really do not understand all the glowing, even raving reviews of this writer. The main character, Ari Thor, has nothing to keep me interested, nor even to care about in him.
While the setting is 'exotic', all this silly praise for the writer being able to 'expertly handle claustrophobia' is just ridiculous. Maybe it is the translation into English, but this was a tedious read I had to force myself to finish hoping to catch some glimmer of brilliance to warrant all this praise.
Possibly it is a fault of English not having as many adjectives to describe the many different types of snow, and cold .... or maybe it is the writer's poor skill? There was just no life to the people, the land the weather.
The exposition, too, seemed to me to drag in some parts, yet was seriously wanting in others.
At the end, I was so disgusted with the 2-D characters, the superficial and adolescent psychology and the narrow and limited ability to make the place, people and nature of this amazing land truly come alive in my imagination that I wanted to fling the book into the trash bin.
I made the mistake of buying the entire series. I will read them, but I won't be expecting any greatness. Hopefully, I'll be pleasantly surprised in one of them??
Meer lezen
5 mensen vonden dit nuttig
Vertaal recensie in het Nederlands

Lynn T.
4,0 van 5 sterren Atmospheric Iceland Mystery
28 januari 2018 - Gepubliceerd op Amazon.com
Geverifieerde aankoop
A man is found beaten to death on the shore in Iceland. The plot has Ari Thor, a policeman, and a young reporter working on solving the murder. They are not aware of each other. The book was as much about the young reporter as Ari Thor who is the young policeman in the Iceland series.

This is a very atmospheric series. It moves along like a peeling of an onion-layer by layer where the reader learns a little more about the characters as the book progresses. There are surprises along the way. I felt the first half of the book to be somewhat slow but once it passed that part it was hard to put down. I have purchased the next two books to read.
Meer lezen
4 mensen vonden dit nuttig
Vertaal recensie in het Nederlands

Bruce Miles
5,0 van 5 sterren fascinating
19 oktober 2017 - Gepubliceerd op Amazon.com
Geverifieerde aankoop
Not a serial killer book, not a police procedural, but a story about a murder and the several leads for the police and the media. It comes together in the last 20 pages, and you go "crap, never saw that coming." The author is excellent at dialogue. Watch out for the italics. I never figured out who was talking. I have to read more of this author.
Meer lezen
3 mensen vonden dit nuttig
Vertaal recensie in het Nederlands
Ga naar Amazon.com om alle 36 recensies te bekijken 3,8 van 5 sterren
Terug naar boven
Over ons
Verkoop bij ons
We helpen je graag
© 1996-2020, Amazon.com, Inc. en dochterondernemingen