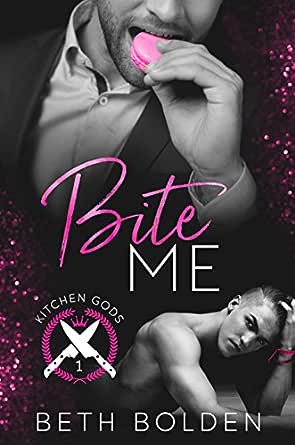 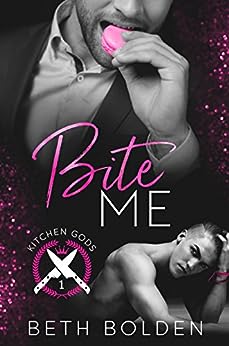 Talented pastry chef Miles Costa is bored. Working at the celebrated Napa Valley restaurant Terroir is supposed to be the cherry on top to a promising career, but instead it's a creative desert. So when he gets an offer to turn his online video series into a career, he leaves his three best friends in Napa and swaps Terroir for Los Angeles.

With the resources now at his fingertips, turning his pastry series into a hit should be easy. Then Miles meets his producer, Evan Patterson, and realizes he’s screwed. And not even in the good way.

Evan lives to work and loves every minute detail Miles loathes. Not only that, he seems hell bent on micromanaging every aspect of Miles' show despite the fact he knows nothing about the culinary arts. Evan doesn’t even like sweets—until Miles seduces him with a rainbow of delectable confections he can't resist.

With every confrontation, the intensity between them flares even hotter until they're not sure if it's hatred they feel . . .or something else. Is it possible for two people with nothing in common to discover common ground and romance?

Sue Allen Milkovich
5,0 van 5 sterren THIS MADE ME HUNGRY AND HORNY
14 juni 2018 - Gepubliceerd op Amazon.com
Geverifieerde aankoop
This is my first time reading a Beth Bolden book. I can say, that I will be researching her catalogue. I found her style intriguing and very imaginative. Miles is a top of the line pastry chef, YUM! He works in the most prestigious award winning restaurant in Napa Valley. He has a online baking show , to create and explore desserts that they won't use at the restaurant. That is where Evan sees Miles and knows his company and boss will love him. When Miles the handsome, arrogant pastry chef and Evan the gorgeous, arrogant show producer meet, lightning strikes and sparks ignite. This is a magnificently written story that keeps you turning the pages. The second book in this series is already out and I am going to buy it RIGHT NOW!!! This author is joining my must buy M/M genre authors. I HIGHLY, HIGHLY RECOMMEND THIS BOOK!!!!!
Meer lezen
Een iemand vond dit nuttig
Vertaal recensie in het Nederlands

suzunh
1,0 van 5 sterren DNF
13 juni 2019 - Gepubliceerd op Amazon.com
Geverifieerde aankoop
I think it’s a good idea but the characters keep vacillating between interested and offended and it’s too much. Plus their personalities keep changing. Is the baker actually humble or full of himself? Is the producer insecure or ruthless? Depends on what paragraph you’re reading. The attraction part is even more flip flop. I couldn’t take it. It wasn’t good enough to see what happens. It’s unfortunate because you can tell there’s a good idea and some skill. I’m not sure what the deal is with editors and ebooks. Do they just figure eh it’s just an ebook or what? It’s like it was rushed to publishing and not quite ready.
Meer lezen
Vertaal recensie in het Nederlands

javamonster
4,0 van 5 sterren An Immovable Object Meets an Unstoppable Force
11 oktober 2018 - Gepubliceerd op Amazon.com
Geverifieerde aankoop
*Almost.There* The characters were a ton of fun. Miles was laid back and are there guys who really wear ties as daily wear? Tell me please, no. My grandpa wore ties.

While I could see the conflict between the two men, at times it seemed like they were each overreacting to what was said, which didn’t sound at all like cannons fired. Maybe that was me? The conflict felt manufactured at first, but then the story got down into the swing of it, and Things Got Real.

I love roommate series; this series is based on the chef roommates who Miles lives (lived) with in Napa, and I love how they interact. I can’t wait for Kian’s story - I can tell that’s going to be terrific.
Meer lezen
Vertaal recensie in het Nederlands

Jo G
1,0 van 5 sterren Boring boring boring
15 juli 2019 - Gepubliceerd op Amazon.com
Geverifieerde aankoop
I'm 1/3 into this book and nothing can convince or interest me enough to read more of this boring, mundane story. Nor can I understand the glowing reviews given to this book. It's page, after page, after page of nothing but contention, conflict and confrontations (I call this the 3 C book), between Miles and Evan, two egotistical guys just full of themselves. I'm not even interested in flipping to the end to see how it actually does end. A BIG waste of my time and I wouldn't even give it one star---minus 5 maybe.
Meer lezen
Vertaal recensie in het Nederlands

Kindle Customer
5,0 van 5 sterren Fantastic!
13 april 2019 - Gepubliceerd op Amazon.com
Geverifieerde aankoop
**I received a FREE copy of this book in return for an honest review. These opinions expressed are solely my own.”
Wow such chemistry for both Miles and Evan, they both fight the attraction to each other and makes things worse when they have to work together. Both of them have different types of issues, both like to have control and are stubborn but when they both fall and let things just go they are great together and don’t know why it took them so long to see.
As always great with telling the story and able to picture the kitchen and the taste of the food.
Meer lezen
Vertaal recensie in het Nederlands
Ga naar Amazon.com om alle 99 recensies te bekijken 4,0 van 5 sterren
Terug naar boven
Over ons
Verkoop bij ons
We helpen je graag
© 1996-2020, Amazon.com, Inc. en dochterondernemingen