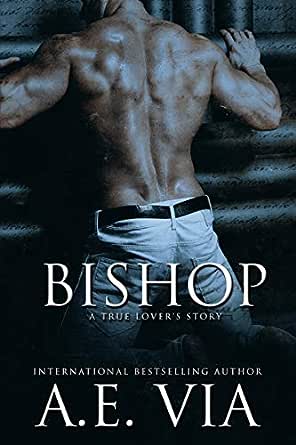 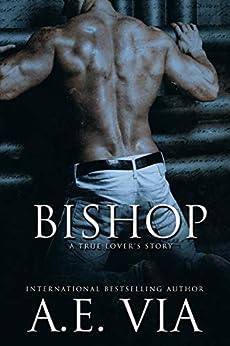 At only thirty-two, Bishop Stockley has lived a hard-knock life. His gang was his family, the streets his home. Until the crew he’d always called his brothers betrayed him. After doing five years in a federal prison, Bishop is back at his dad’s trailer and working for his landscaping company, thrust into a legit world where he’s no longer the alpha—a world where a criminal record is the least of his disadvantages, because Bishop can’t read or write. Illiteracy had never been an obstacle for him on the streets, he didn’t need to know how to read Moby Dick to survive, he needed to know how to read people… and that was a hustle he’d learned hard and fast. Now, he had to change his life.

Bishop’s only support system was a young, inexperienced dad who’d insisted he call him Mike all their life—since they looked more like brothers than father and son. And his hot-tempered, childhood, best friend from ’juvie, Trent. Bishop already had the deck stacked against him, but he wasn’t afraid of hard work to change his situation, and he did want to change. Especially after he encountered Edison Scala, a kind-spirited office manager who didn’t hesitate to come to his defense… a man that saw past Bishop’s grass-stained coveralls. A man who wasn’t intimidated by his stern features and his silence.

Edison hadn’t grown up the way most of his peers had. He’d been raised by a single father who’d owned an old-fashioned barber shop where Edison was taught how to not only shave with a straight razor, and shine shoes, but also how to treat others, to not judge, to be a gentleman, to be respectful and speak without profanity. But, the biggest lesson he’d learned, was to always be himself. His lack of friends and a social life wasn’t his fault. No matter how much weight he gained, no matter how many times his staff called him a square, Edison did not need to change.

Bishop knew Edison was off-limits. He’d made personal vows to himself when he was released from prison, ones that he never intended to break. But, when Edison asked him about providing landscaping services at his home, there was no way he could refuse. He hadn’t expected Edison to feed him, praise him, encourage him, and look at him the way he did—as if Bishop was somebody. Mike and Trent warned him not to mix business with pleasure and he didn’t intend to.

No multiple pairings. No cliffhangers. Ends with a very, very HFN.
Warning:
This book is a M/M contemporary romance, a hardened man’s struggle to find real love. There are no police chases or doors being kicked in, in this one. But, don’t worry. Bishop is still intense enough to keep you on the edge.

Kindle Customer
5,0 van 5 sterren A True Love Story
29 september 2019 - Gepubliceerd op Amazon.com
Geverifieerde aankoop
I adore how much Bishop made Edison feel sexy and loved. Bishop was such a kind character with a hard background. He spenr 5 years in prison for something he didn't do. He changed his life completely and was such an amazing character. The slow burn was perfect! Edison tried not to let others get him down about his weight but definitely put a dent in his self esteem. Bishop never made him fell self conscious and was always quick to compliment him. When Edison falls he falls hard for Bishop and I was amazed at the care he gave Bishop.

Sky (horrible person) was nasty and it did add an element to the story that kept me wondering what he might say or do next.

The banter between Bishop and Trent was pretty hilarious. I was also glad to see Bishops dad wanting to be a father figure instead of a "Homie" which was how he raised Bishop.

You could feel the emotions these 2 had for each other and I loved the build up and their time spent together. Great Read!

Daniel Bowen
4,0 van 5 sterren Bishop and Edison - Opposites Attract
4 oktober 2019 - Gepubliceerd op Amazon.com
Geverifieerde aankoop
Imagine being a 32 year old man that can't read. Having to trust and depend on another to read letters and help fill out forms, to be around for questions. Bishop could be trapped in that solidary world yet he's not. From a rough childhood on the streets and surviving prison, he's now a functioning member of society. Why he didn't learn to read in prison.. .Pride? I can't imagine living without the ability to read.

Edison is this wonderful warm bossy neat freak that cooks like a dream. Poor man, he's undervalued, or at least he sees it that way. He's well spoken and a good worker, not flashy or a trendsetter, and would rather be home than out on the town. What Bishop sees is his worth. With a little caring, Edison comes out of his shell and his confidence grows.

The concept of an overweight gay man being unattractive -- I was thinking on that lately and how gay men are more attractive because they stay in shape. This story reminded me of that. Yes looks are important but in the long run, a lifelong commitment is how you treat each other, being accepting, warts and all. This was a nice contemporary story of two men with so many differences that at first you'd think they won't connect. It just takes time, courage, and patience. - Dan's Wife

Amy
3,0 van 5 sterren Great story, missing characterization
3 november 2019 - Gepubliceerd op Amazon.com
Geverifieerde aankoop
Let’s start with what worked:
- The plot. An ex-con, determined to change his life, meets a shy paralegal. This is a good plot for a romance, and the slow burn pace was appropriate for the story. I also really liked the side plot of Bishop and his dad building a relationship and Bishop’s friendship with Travis.
- The character of Bishop. Great character. This guy is trying, so hard, to be better than he was. He’s well-developed, super appealing, and all-around great. Love Bishop. Love Bishop’s story.

So why only 3 stars?
Well, that’s because of Edison. So much potential there for an interesting character! This lonely, overweight guy falling for an-ex con with a heart of gold and a lot of complications? That should be good, but Edison is a big blank. We’re told he’s a nice guy, and I guess we see a few examples of him having nice manners and being welcoming, but there’s nothing else there. He’s never had a friend in his life, couldn’t get a SINGLE person he knows to accept his Facebook friend request, and he makes snacks for poker games he doesn’t get invited to. And there’s nothing really to counteract this, to show how Edison REALLY is. I could totally understand why Edison fell for Bishop, but spent the whole story wondering why Bishop fell for Edison. The author even has Bishop’s father and best friend ask Bishop what it was about Edison on two separate occasions and both times Bishop can’t answer other than to say, “Trust me” or “Its hard to describe.” If even the author can’t describe why the main character falls for the love interest, this is a problem!

Also, an excessive number of typos. I’m generally pretty understanding of them in the self/independent publishing world, but it felt like every page had a typo.
Meer lezen
7 mensen vonden dit nuttig
Vertaal recensie in het Nederlands

Lisa L Teetz
5,0 van 5 sterren Loved everything about this book!!
30 september 2019 - Gepubliceerd op Amazon.com
Geverifieerde aankoop
Wow this was quite a ride! Could not put this book down...it started off slowly, Ms. Via gave us about 20% getting to know Bishop and Edison before they really even interacted, but it was critical to this story. We needed to know who these men were separately to understand why they fit so perfectly together. I loved everything about their relationship from battling their own insecurities, to figuring out how they fit together, to falling in love...it was all done perfectly! Bishop loved Edison inside and out and Eddie had a hard time at first believing that since he had a ton of insecurity about the way he looked and how innocent he was. Watching Bishop show Eddie how attractive he found him was heart-melting and just splendid! Bishop slowly helped Eddie come out of his shell and find the confident man he was inside. Eddie supported Bishop when he found out he was in prison and again when he finally learned of his illiteracy, he helped Bishop realize his true self as well.
I just loved this book to pieces. The end felt a bit rushed until I saw that this isn't really the end, yeah!!! Looking forward to the next book for more of Bishop and Eddie and Trent and Wood...woo hoo!!!!
Meer lezen
6 mensen vonden dit nuttig
Vertaal recensie in het Nederlands
Ga naar Amazon.com om alle 93 recensies te bekijken 4,7 van 5 sterren
Terug naar boven
Over ons
Verkoop bij ons
We helpen je graag
© 1996-2020, Amazon.com, Inc. en dochterondernemingen