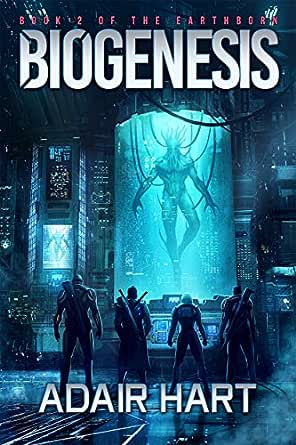 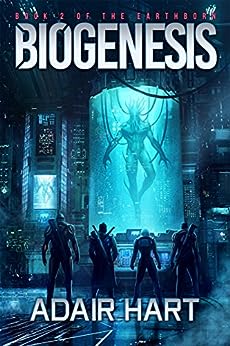 There is always something scarier out there

After a successful first mission and a month off, Blake Brown and crew head out on a new mission to the remote Zolidack system. A classified research facility has been sighted with the presence of illegal cargo that relates to what they found on their previous mission.

The problem is the system is controlled by the Fredorian Defense Force, a group who dislikes Earthborn of any stripe. The facility is operated by the Dorostatic Initiatives Corporation, which is recovering from a genetic engineering scandal and hates any government intrusion, Earthborn or not.

Getting to the facility is one challenge. Dealing with a new crew problem while doing it is another. To make matters worse, brutal, bug-like Rogundan mercenary slavers have been spotted in the system.

J. Tyson
5,0 van 5 sterren Excellent writing
12 januari 2020 - Gepubliceerd op Amazon.com
Geverifieerde aankoop
I am proud to be a science fiction reader, and since Amazon introduced the Kindle more and more I am excited about reading this huge genre this is the second book in this series and it goes more into depth of the characters and the drama that they are involved in great action great storytelling thank you sir
Meer lezen
Vertaal recensie in het Nederlands

Kittym
5,0 van 5 sterren This book has it all
1 juli 2018 - Gepubliceerd op Amazon.com
Geverifieerde aankoop
Suspense, space and time travel, battles, heroes, villains, and a little bit of romance...it's all for the offering. Blake Brown puts together a diverse and interesting team as he grows as a leader. Author Adair Hart continues to grow as a writer as his characters grow into their roles. I like the earthy dialogue and situations, too. Well done! I love this series!
Meer lezen
Vertaal recensie in het Nederlands

DrumGreg
5,0 van 5 sterren Loved these 3books so far.. Can't wait for your next book..
18 september 2018 - Gepubliceerd op Amazon.com
Geverifieerde aankoop
Great storyline.. Blake is soo cool... There were more than a few grammatical errors I noticed... I would recommnend having someone proof read your material... Still think it's worth 5 🌟 s...
Meer lezen
Vertaal recensie in het Nederlands