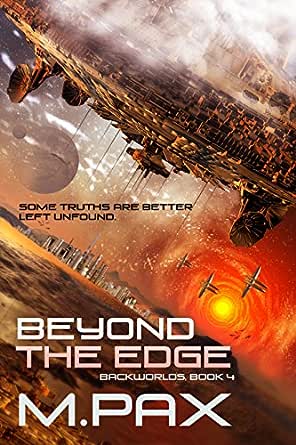 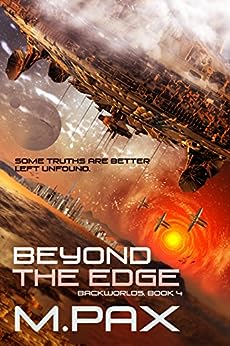 Some truths are better left unfound.

For two years Craze’s dear friend, Lepsi, has been missing. The murmurings of a haunted spaceship might be a message and may mean his old pal isn’t dead. The possibility spurs Craze and Captain Talos to travel to uncharted worlds, searching. Out there, in an unfamiliar region of the galaxy beyond the Backworlds, they stumble upon a terrible truth.

Meanwhile, Rainly remains on Pardeep Station as acting planetlord, dealing with the discovery of her lover’s dark and brutal past. Alone and questioning her judgment, her introspection unlocks more than heartache. Latent protocols in her cybernetics activate, forcing her to face a sinister secret of her own.

In the far future, humanity settles the stars, bioengineering its descendants to survive in a harsh universe. This is the fourth book in the science fiction series, The Backworlds. A galactic adventure.

thecritic
3,0 van 5 sterren Not a completed series
5 februari 2017 - Gepubliceerd op Amazon.com
Geverifieerde aankoop
The book kept me hooked but at some points it felt like it was a lot of filler, also some of the characters emotions and logic/actions were confusing. However, the books were very compelling. I gave 3 stars because I don't like how it seemed that the series was 6 books then there was a 7th now an 8th, the depective tactics have left me not interested in buying book 8, 9, 10........also the books seemed to be released in time frames of years. Wish it would have been released as a complete series. It would also be nice if the descriptions for these books stated that the series is not complete.
Meer lezen
Vertaal recensie in het Nederlands

Kindle Customer
4,0 van 5 sterren These are always hard read books as they have their own dialect,but are the best for adventure.
30 augustus 2019 - Gepubliceerd op Amazon.com
Geverifieerde aankoop
Dactyl tells his friends what he actually did the years before he met them and why he has to go with them when they look for Lepsi. Rainly doesn't understand why he had to tell everyone. They both will change as this adventure progresses.
Meer lezen
Vertaal recensie in het Nederlands

Dennis Mummert
4,0 van 5 sterren In which some holes are filled in, and others are dug
16 juni 2017 - Gepubliceerd op Amazon.com
Geverifieerde aankoop
A few of the character's developments were put on hold to explore some other aspects of the story, but questions get answered. Not complete without the background material, and the follow-on stories will be necessary to get answers about the cyborgs. Stay with this, it's shaping into a strange place.
Meer lezen
Vertaal recensie in het Nederlands

scott young
4,0 van 5 sterren Craze is awesome
6 april 2016 - Gepubliceerd op Amazon.com
Geverifieerde aankoop
This was such a great story, I especially liked how I can relate to the main character and how he would do anything to help his friends even Protect them from his family and how the bonds he has made with them seem to be the thing that gives them strength. This book gave light to quasar and who he was and how dactyl's past played into the storyline. I would recommend this series to anyone who wants a entertaining space story with a lot of twists and keeps you wanting to know what happens next , you should read this book.
Meer lezen
Vertaal recensie in het Nederlands
Ga naar Amazon.com om alle 35 recensies te bekijken 4,5 van 5 sterren
Terug naar boven
Over ons
Verkoop bij ons
We helpen je graag
© 1996-2020, Amazon.com, Inc. en dochterondernemingen