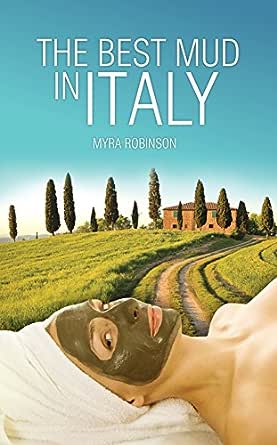 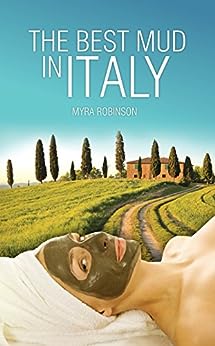 This original and entertaining book is about becoming immersed – literally and metaphorically – in a faded spa town and its mud, after taking the plunge with a prescription for six buckets of hot mud a day.

Meet the weird characters of the village: the Man With No Voice (just how do you cure an ailing larynx with mud?) the spherical chef who cooks donkey meat pasta, the mad woman who makes fur coats; the eccentric professor of translation who speaks Shakespearean English; Arturo, the shopkeeper with a passion for cows; the Grand Dame of Tuscany and her best friend Jack Daniels…etc. There are the local oddities too: the castle with half an aeroplane stuck in its tower; the dilapidated Palladian villa; the crazy bureaucracy involved in paying the rubbish tax; and misunderstandings about local events from the frog festival and the tripe competition to the canal’s 800th birthday pageant, not to mention helping with grape and cherry harvests, campaigning against big cruise ships in Venice, and a chance encounter with film star Roberto Benigni.

There is a chapter on food, of course, since it’s a national obsession, an original take on Venice, and an exploration of the mysteries of Italian plumbing.

Efforts to save the local waterways museum by twinning it with an English canal museum resulted in the honorary title Queen of the Italian Waterways, establishing the author as a local heroine.

You will probably not wish to try the terrifying mud cure, but you’ll certainly be drawn into this forgotten world and share the author’s infectious enthusiasm.

“It conjures for me my favourite place in the world.”

“A giggle on every page.”

“So many anecdotes where I found myself responding, ‘yep – I know that situation!’”

Myra Robinson is an award winning travel writer (Editor’s Choice, 2013) who has written articles for many newspapers and magazines including The Daily Telegraph and The Independent. She is a regular contributor to Italy Magazine and writes a blog, The Silver Snail, on her website www.myrarobinson.info, where she can be contacted.

Some of the stories in this book first appeared in shortened form in her first book about Italy, Fried Flowers and Fango.
click to open popover