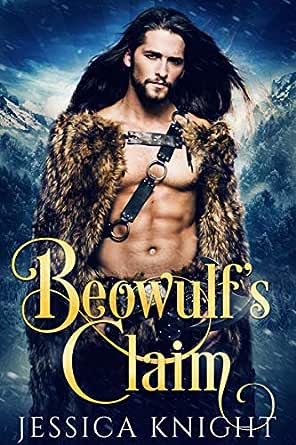 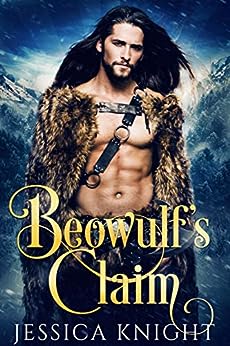 I found out his secret and ran.
But there’s nothing Beowulf won’t do to have me.
Especially now that I’m carrying his baby.

Big, mysterious, and utterly captivating.
Beowulf is the beautiful Viking warrior from my past.
A broken man, full of battle scars…
We’re two people that should’ve never been together.
Yet, I fell for him.
The day we shared our first kiss, I was taken from my home.

Time has passed and after years of searching. He found me.
I was left in the woods unconscious, on the brink of death.
He brought me to his cabin and saved me.
I became a caretaker to an orphan boy that he was raising.
But when I recovered my memory and discovered his dark secret, I ran.
What was I thinking?
A poor girl like me isn’t meant to have a happily ever after...
Especially with a man so dangerous and wild.
I don’t care that he’d search the world for me.
I’d never be Beowulf’s Claim.
click to open popover

Sara Munoz
5,0 van 5 sterren Beowulf
26 november 2019 - Gepubliceerd op Amazon.com
Geverifieerde aankoop
What a wonderful, action packed, exceptionally-written story with characters that great depth. This is a fast paced, action packed, emotional roller coaster of a book. I highly recommend this great book and I cannot wait to read more books by this author.

I am voluntarily reviewing this book from an ARC copy.

CathyB
5,0 van 5 sterren Viking and his other half
26 november 2019 - Gepubliceerd op Amazon.com
Geverifieerde aankoop
Beowulf aka Wulf finds his love after she has been missing for 12 years. She is malnourished and beaten but he is hopeful she will wake up. When she does he will be by her side. The only problem is the men who took her the jackals are basically at war with the Vikings and he is one of the best fighters. He cannot neglect his duties. When Lillith wakes up will she want him and she wants her or will everything have changed?
Meer lezen
Vertaal recensie in het Nederlands

ACZOPEK
2,0 van 5 sterren Okay story
7 december 2019 - Gepubliceerd op Amazon.com
Geverifieerde aankoop
The language for a historical book was inconsistent. There were modern terms used that didn't fit. It was also too graphic for me.
Meer lezen
Vertaal recensie in het Nederlands

princessobvious
1,0 van 5 sterren Could have been epic
21 november 2019 - Gepubliceerd op Amazon.com
I really tried to give this book a fair chance, but wow. I’m sure there is a story worth telling in the concept but the execution here wasn’t great. I wished the author had worked with an editor. They could have made some crucial suggestions that would have been beneficial. For instance, making this a little more historically accurate, adjusting the language to better suit the era, better developing the subplot and ensuring the characters were more developed and less carbon copies. Nearly everyone in this book has the same personality and reactions to unfolding events. Sigh. I’m sure it’s far easier to judge than it is to write. So I’m really not trying to be that girl. If the author reads this I hope you understand I’m not trying to down you but I write reviews to help others decide if a book may be right for them but I also write them because I hope the feedback offers the opportunity to be more masterful in the future and none of us can be better without someone giving us critical feedback. I wish you well with future books.
Meer lezen
4 mensen vonden dit nuttig
Vertaal recensie in het Nederlands
Ga naar Amazon.com om alle 29 recensies te bekijken 4,3 van 5 sterren
Terug naar boven
Over ons
Verkoop bij ons
We helpen je graag
© 1996-2020, Amazon.com, Inc. en dochterondernemingen