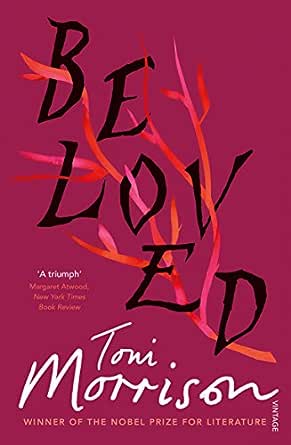 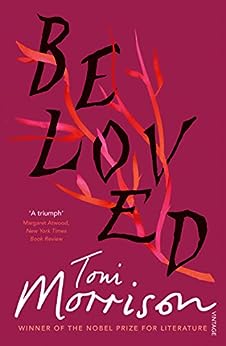 "A masterwork. . . . Wonderful. . . . I can't imagine American literature without it." --John Leonard, Los Angeles Times "A triumph." --Margaret Atwood, The New York Times Book Review "Toni Morrison's finest work. . . . [It] sets her apart [and] displays her prodigious talent." --Chicago Sun-Times "Dazzling. . . . Magical. . . . An extraordinary work." --The New York Times "A masterpiece. . . . Magnificent. . . . Astounding. . . . Overpowering." --Newsweek "Brilliant. . . . Resonates from past to present." --San Francisco Chronicle "A brutally powerful, mesmerizing story. . . . Read it and tremble." --People "Toni Morrison is not just an important contemporary novelist but a major figure in our national literature." --New York Review of Books "A work of genuine force. . . . Beautifully written." --The Washington Post "There is something great in Beloved a play of human voices, consciously exalted, perversely stressed, yet holding true. It gets you." --The New Yorker "A magnificent heroine . . . a glorious book." --The Baltimore Sun "Superb. . . . A profound and shattering story that carries the weight of history. . . . Exquisitely told." --Cosmopolitan "Magical . . . rich, provocative, extremely satisfying." --Milwaukee Journal "Beautifully written. . . . Powerful. . . . Toni Morrison has become one of America's finest novelists." --The Plain Dealer "Stunning. . . A lasting achievement." --The Christian Science Monitor "Written with a force rarely seen in contemporary fiction. . . . One feels deep admiration." --USA Today "Compelling . . . . Morrison shakes that brilliant kaleidoscope of hers again, and the story of pain, endurance, poetry and power she is born to tell comes right out." --The Village Voice "A book worth many rereadings." --Glamour "In her most probing novel, Toni Morrison has demonstrated once again the stunning powers that place her in the first ranks of our living novelists." --St. Louis Post-Dispatch "Heart-wrenching . . . mesmerizing." --The Atlanta Journal-Constitution "Shattering emotional power and impact." --New York Daily News "A rich, mythical novel . . . a triumph." --St. Petersburg Times "Powerful . . . voluptuous." --New York

Discover Toni Morrison’s most iconic work in this Pulitzer-prize winning novel that exemplifies her powerful and important place in contemporary American literature.

‘An American masterpiece’ AS Byatt

It is the mid-1800s and as slavery looks to be coming to an end, Sethe is haunted by the violent trauma it wrought on her former enslaved life at Sweet Home, Kentucky. Her dead baby daughter, whose tombstone bears the single word, Beloved, returns as a spectre to punish her mother, but also to elicit her love. Told with heart-stopping clarity, melding horror and beauty, Beloved is Toni Morrison’s enduring masterpiece.

‘Toni Morrison was a giant of her times and ours…“Beloved,” is a heartbreaking testimony to the ongoing ravages of slavery, and should be read by all’ Margaret Atwood, New York Times

‘The literary titan we must never stop learning from’ Metro

Joseph Sciuto
5,0 van 5 sterren Sublime
17 maart 2019 - Gepubliceerd op Amazon.com
Geverifieerde aankoop
Many years ago, when I was a student in college one of my English Professors, Louis Simpson (A Pulitzer Prize Winning Poet) assigned the class James Joyce's "A Portrait of the Artist as a Young Man" to read and write an essay on. The final part of the essay had to do with why you liked the book or didn't like the book. I thought about the question and was ready to come up with the usual reasons why I liked the book and then I decided I'm not going to do that. It was my last year in college and the grade I received for the class really didn't matter to me. In answer to the question I wrote, "I loved this book. It might very well be the greatest book I have ever read. I don't know why, but while reading this book I just felt like I was reading a great work of literature, something better and beyond anything I have ever read." Mr. Simpson loved my answer and I was shocked but over the years I came to realize why he loved my answer.

Since that time I have read many great books, but only a handful that left me feeling like Joyce's "A Portrait of the Artist as a Young Man." Charlotte Bronte's "Jane Eyre", Conrad's "Heart of Darkness," Hemingways' "The Sun Also Rises," Baldwin's "Another Country," Byron's "Don Juan," and now I can add to that list Toni Morrison's "Beloved."

Ms. Morrison's book transcends greatness and enters that rarefied stratosphere of the sublime, heavenly, and magical. "Beloved" is a masterful work of art that should be read by anyone who aspires to be a writer or a teacher. It is like DaVinci's "The Last Supper." It reaches into the past, depicting the brutality of slavery, while it's revelance remains even more powerful in the society we now live in, and like Yeats' wrote, "Neither time, nor place, nor art have moved it." It lives forever.
Meer lezen
112 mensen vonden dit nuttig
Vertaal recensie in het Nederlands

James S. Bennett
5,0 van 5 sterren A truly great book. It's message resonates louder now than ever.
13 december 2014 - Gepubliceerd op Amazon.com
Geverifieerde aankoop
I picked up this book because I wanted to get some perspective after the recent killings of unarmed black men by police officers. As a middle aged white guy, it was hard for me to put wrap my head around the pain and the anger felt by the residents of Ferguson, by the residents of New York. I have friends that are cops. My Facebook wall filled with persuasive arguments in defense of the police actions. But I saw the video of Eric Garner. I followed the news about Michael Brown. Still, I sympathized with the officers, which I knew in my heart was wrong. I wanted to understand how black people in this country experience life, and starting with the shameful history of slavery seemed like a good start.

Beloved is a truly great book that lives up to the hype. Hard to put down. The writing is excellent. The story is not one of suffering, but one of persevering through the insufferable. It's often hard to read, with the unflinching descriptions of torture and degradation. However, I'm a tiny bit closer to understanding.
Meer lezen
222 mensen vonden dit nuttig
Vertaal recensie in het Nederlands

Rosie
5,0 van 5 sterren Amazing
31 juli 2018 - Gepubliceerd op Amazon.com
Geverifieerde aankoop
I purchased this book to increase my number of books read from the PBS Great American Read. I felt that I needed a better score than 33% of the books on the Great 100 list. It is beautiful. I had purchased it previously but was not able to get into if for some reason. I think a better goal instead of increasing my total on the list of the Great American read would just be to read all of Toni Morrison. I'm now two to the good. Absolutely beautiful prose, characters, plot, etc. i did need a break from reading this book it was sometimes too heavy to read straight through.
Meer lezen
41 mensen vonden dit nuttig
Vertaal recensie in het Nederlands

Amanda
2,0 van 5 sterren I wouldn't recommend...
27 mei 2019 - Gepubliceerd op Amazon.com
Geverifieerde aankoop
First of all, major trigger warnings for animal abuse and graphic human abuse as well. These two are the main reasons that I am giving this book a lower rating. I do think that it does have literary merit that makes it an important read. But there was some points in this book that made it SO hard to get through.

I enjoyed some parts of this book but it was overall so depressing and sad that I just couldn't enjoy it and the writing style was kinda confusing to follow as well...I would not recommend this book.
Meer lezen
31 mensen vonden dit nuttig
Vertaal recensie in het Nederlands

This book reads almost like poetry. It's a really, really, really heavy story- a woman escapes slavery with her four young children, only to reach freedom in Ohio right about the time the Fugitive Act was enacted. Her former owner comes for her and her children, and she makes a desperate decision to take her children's lives, rather than have them live enslaved.

As time goes on, the ghost of the daughter she killed haunts their house and makes trouble in her life. She and her living daughter, Denver, try to summon the ghost, and a few weeks later a mysterious young woman shows up and basically moves in with them.