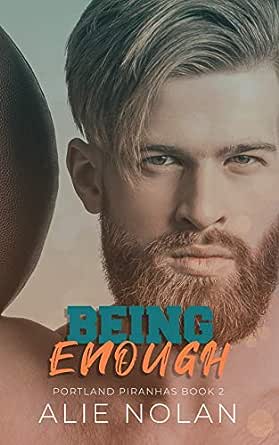 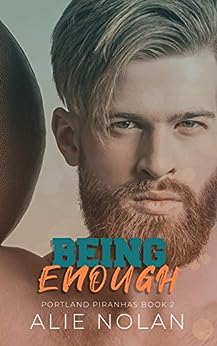 Eli has been looking forward to his yearly trip to Camp Lost Lake—a sports camp for underprivileged kids—all season. He is more than ready for a month-long break from his offensive coordinator responsibilities. Until a public fight with the Piranhas' star tight end, Colton Roth, and the subsequent media fallout, results in the pair being forced to spend the summer at Camp Lost Lake together.

Colton is almost as good at antagonizing Coach Conley as he is at playing football, but as usual, his behavior has landed him in hot water. Now, his position with the Piranhas is on the line, and he must stay away from any potentially scandalous situations. Trying to stay on his best behavior doesn’t last long though, and after hooking up with Coach Conley, it looks like Colton might have put the final nail in his career’s coffin.

Can Colton and Eli survive an entire month in the middle of nowhere together? And will either of them still have their careers intact after the summer is over?

This is the second book in the Portland Piranhas series, but can be read as a standalone.
click to open popover

The MCs are Eli, the offensive coordinator for the NFL team and Colton, a media nightmare badboy Tight End and one of Eli’s players. When Colton gets caught in yet another media firestorm, this one involving a threesome with a Senator’s daughter and a man he is outed as bi-sexual. When another media incident occurs right on top of this one the team decides that he will spend the next month at the summer camp for kids that has always been Eli’s refuge, staying away from the spotlight and hopefully redeeming himself with charitable works. Colt doesn’t like it and Eli hates it but there they are. This being a romance book it’s not too difficult to figure out what the trajectory of the story will be. With the assistance of Eli’s best friend Rose, who he met at the same camp when they were 11, the two are pushed together and sparks fly.

The story arc moves well and through the development of the relationship we get to know each character better. I’d have liked a bit more character development so we really knew both of these people better but that is just a minor critique. The crisis moment is tense but not overdramatized.

The lack of drama makes the story feel more realistic which is helpful as several things happen at the end that defy reality, especially in a professional football team setting. I’d like to think that at some point we will get to the day that things will shake out in this manner, but it certainly isn’t now. And yes, I know its fiction but there’s only so much willing suspension of disbelief I can take in a true-life setting. Likewise, the complete lack of recognition of how hiring is actually done for a professional sports team (lack of research or just not caring?) is something that took my head out of the story which is a big no-no for me. Additionally, there are quite a few editing/proofreading errors.

So those things keep this from being a 5-star read for me which is a shame as I have enjoyed this universe and I look forward to more stories to come from this author, in this realm. I’ll definitely read them and recommend that you do too.

*I voluntarily read an ARC and this is my objective review *

Valerie Ullmer
5,0 van 5 sterren Great Character Development!!
2 januari 2020 - Gepubliceerd op Amazon.com
Indeling: Kindle-editie
When you first met Colton in the first Piranhas book, you see him as a laid back, buck against the system, kind of guy. He's talented, but he seems to get in his own way most of the time. But when you meet him in his own book, he's a pompous git fighting with his coach because he can. After two scandals, he is sent to a camp to teach kids football for a month with Eli Conley, his nemesis.

They both learn that there is an underlying attraction between them and they start a summer fling that soon turns into something deeper for both men. It's a fast read and I liked how Colton's character arc allowed him to open up to Eli and trust another person, because trust didn't come easily to him. Eli was sweet. He pushed Colton hard because he felt he needed the discipline, but as he gets to know Colton out of their professional setting, he likes what he learns about Colton.

A lovely read and a lovely series! I hope Micah gets his own story and the series continues! Highly recommended!!
Meer lezen
Een iemand vond dit nuttig
Vertaal recensie in het Nederlands

scarletsptember
4,0 van 5 sterren Broome's Books Review
14 januari 2020 - Gepubliceerd op Amazon.com
Indeling: Kindle-editie
I found myself falling in love with both Colton and Eli in Being Enough.  They were a true opposites attract couple. Eli Conley is a coach who doesn't have the time to deal with the drama that one of his players, Colton, brings with him. A risque situation on Colton's part and a physical confrontation between them lands them both in hot water with their PR people. They needed to find a way to get these men to get along and they find it in Eli's off season routine. Volunteering at a summer camp together.

Being at this summer camp, seeing each other outside the realm of professional football, allowed them to get to know each other. Being able to see each other in a different light, ignites an attraction they were unaware of.

Colton exudes confidence and sensuality. It'd be hard to resist, no matter who you were. Eli, being older and never having been in a relationship with a man? *fans self* It pushed all my buttons. He's so open to everything that Colton offers him and willing to explore a completely new part of himself. This definitely had some steamy romance scenes.

I felt the emotions that tore through Eli from the opening pages to the last. He was experiencing something so new, but revelled in everything that Colton had offered him.

I'm really glad that I continued on with this series. It dove in and read it in one sitting. Do yourself a favor, check out this book.
Meer lezen
Vertaal recensie in het Nederlands

Sandass
5,0 van 5 sterren Getting to know you
5 januari 2020 - Gepubliceerd op Amazon.com
Indeling: Kindle-editie
Colton started out being rude and disrespectful to Coach Eli all the time. After a short time together at a kids camp, up close and personal turned into a delightful romp between the sheets.
I've read novels recently that purported to be football or other sports romances but this one delivered a lot more than they did in that this author appears to know a great deal more about the game. It didn't hurt to be watching NFL teams battling for a chance at the superbowl while reading this book. It was a perfect fit for football fever at this time of year.
Eli is such a rule follower and Colton is often a rule breaker so they each has to come to an understanding about the motivation and drive the other one has.
Eli gas a lot of obstacles to face because he is in authority over Colton and Eli hasn't been in a m/m relationship before. Colton needs to stop looking for attention. They find new motivators and new success.
This is the second book by this author I've consumed this weekend. Yum!
I Voluntarily reviewed an Advance Reader Copy of this book
Meer lezen
Vertaal recensie in het Nederlands
Ga naar Amazon.com om alle 37 recensies te bekijken 4,4 van 5 sterren
Terug naar boven
Over ons
Verkoop bij ons
We helpen je graag
© 1996-2020, Amazon.com, Inc. en dochterondernemingen