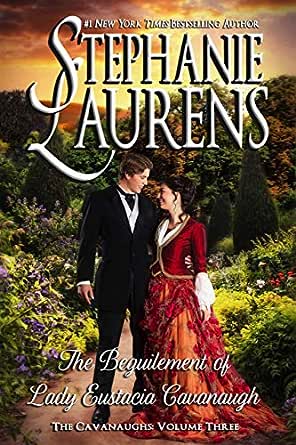 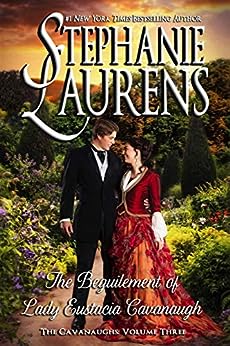 A lady with a passion for music and the maestro she challenges in pursuit of a worthy cause find themselves battling villains both past and present as they fight to secure life’s greatest rewards—love, marriage, and family.

Stacie—Lady Eustacia Cavanaugh—is adamant marriage is not for her. Haunted by her parents’ unhappy union, Stacie believes that, for her, marriage is an unacceptable risk. Wealthy and well-born, she needs for nothing, and with marriage off the table, to give her life purpose, she embarks on a plan to further the careers of emerging local musicians by introducing them to the ton via a series of musical evenings.
Yet despite her noble status, Stacie requires a musical lure to tempt the haut ton to her events, and in the elevated circles she inhabits, only one musician commands sufficient cachet—the reclusive and notoriously reluctant Marquess of Albury.
Frederick, Marquess of Albury, has fashioned a life for himself as a musical scholar, one he pursues largely out of sight of the ton. He might be renowned as a virtuoso on the pianoforte, yet he sees no reason to endure the smothering over-attentiveness of society. Then his mother inveigles him into meeting Stacie, and the challenge she lays before him is…tempting. On a number of fronts. Enough for him not to immediately refuse her.
A dance of subtle persuasion ensues, and step by step, Frederick finds himself convinced that Stacie’s plan has real merit and that it behooves him to support her. At least for one event.
Stacie’s first musical evening, featuring Frederick as the principal performer, is a massive success—until Fate takes a hand and lands them in a situation that forces them both to reassess.
Does Frederick want more than the sterile, academic life he’d thought was for him?
Can Stacie overcome her deepest fears and own to and reach for her girlhood dreams?
Impulsive, arrogant, and used to getting his own way, Frederick finds his answer easily enough, but his new direction puts him on a collision course with Stacie’s fears. Luckily, he thrives on challenges—which is just as well, because in addition to convincing Stacie that love can, indeed, conquer all, he and she must unravel the mystery of who is behind a spate of murderous attacks before the villain succeeds in eliminating all hope of a happy ending.

Praise for the works of Stephanie Laurens

“Stephanie Laurens plays into readers’ fantasies like a master and claims their hearts time and again.” Romantic Times Magazine

"Stacie and Frederick, both members of the nobility, have long opposed marriage for reasons of their own. The love story that eventually blossoms between them will please historical romance fans!" Kristina B., Proofreader, Red Adept Editing

This fast-moving historical romance features more than a few delicious twists that represent Laurens at her best, serving up her fine blend of romance and intrigue in such a way that her readers have learned to expect the unexpected.” Angela M., Copy Editor, Red Adept Editing

Vanessasgram
5,0 van 5 sterren This is an "Ode to Joy" for the reader! Bravo and Encore!!
31 juli 2019 - Gepubliceerd op Amazon.com
Geverifieerde aankoop
If you don't know or like classical music this is a great love story and study of a lady with a phobia because of a cruel mother but IF you DO love Classical music--then this is a totally joyous experience with music you can almost hear (the original written by this hero) and the concerts given by their proteges !
Both main characters love music and want to give British musicians a chance during a phase where "only European musicians were thought to be worthy of the "ton's events"! You can hear the music but it's just a part of the main theme of rescuing the heroine from her fear and obsession about being "like her narcissistic, cruel" mother!
I loved the reading, the entire tone of this novel. It was a joy to read a novel with no grammar problems, no expressions of the year 2000 being used in this period piece! BRAVO and ENCORE!!!!

Mainer
3,0 van 5 sterren Just okay for me
25 juli 2019 - Gepubliceerd op Amazon.com
Geverifieerde aankoop
Stacie Cavanaugh has an idea to encourage members of the Ton to patronize English musical students, but she needs the help of Frederick, Marquess of Albury and a noted musician, to make her dream come true. He isn't interested in performing for the Ton though he was once a musical star, but he is interested in Stacie so eventually he agrees.
I'm hot and cold on Stephanie Laurens books. Some I enjoy very much and others I find predictable and overdramatic. This is one of the latter types. I thought the book started out strong with the musical emphasis, but later the number of unsuccessful murder attempts was ridiculous (hence the overdramatic label). The romantic plot with Stacie's dismal view toward marriage and Frederick working to overcome it was predictable.
I also find Ms. Laurens' writing can verge on the purple, especially in the sex scenes. The almost breathless sentence fragments annoy me. I do like the Cavanaughs and I'm hoping I'll enjoy Godfrey's story more.

Carol J McBride
5,0 van 5 sterren Another Cavanaugh's twisted road to love
23 juli 2019 - Gepubliceerd op Amazon.com
Geverifieerde aankoop
Stacie Cavanaugh looks just like her mother, who was cruel, selfish, and manipulative. Stacie has sworn she will never marry or allow any man to fall in love with her, so that she will never hurt anyone the way her mother hurt her father. She has decided to devote her life to promoting the careers of English musicians, which means she will need the help of the elusive Lord Frederick. Of course, not only does beautiful music happen, but marriage and love. Everything would be perfect if someone wasn't trying to kill them. This book is another of Stephanie Laurens ' tales of people who become more together than they thought possible, with a mystery to solve on the way to happily ever after.
Meer lezen
2 mensen vonden dit nuttig
Vertaal recensie in het Nederlands

Bvpreadsalot
4,0 van 5 sterren An enjoyable read; interesting characters
21 juli 2019 - Gepubliceerd op Amazon.com
Geverifieerde aankoop
This is a love story all the way through... both stronger and a bit quieter than most I’ve read. I liked both the hero and heroine, the surrounding cast was believable and didn’t overwhelm the romance.
Meer lezen
4 mensen vonden dit nuttig
Vertaal recensie in het Nederlands