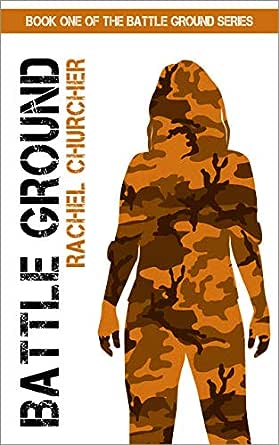 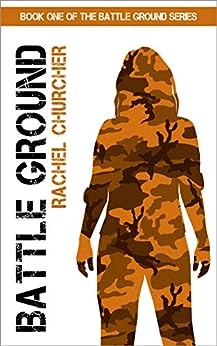 'This series is raising the standard for YA dystopian fiction, and I can’t give it less than 5 stars' - AyJayPageFarer Book Blog

Sixteen-year-old Bex Ellman has been drafted into an army she doesn't support and a cause she doesn't believe in. Her plan is to keep her head down, and keep herself and her friends safe – until she witnesses an atrocity she can't ignore, and a government conspiracy that threatens lives all over the UK. With her loyalties challenged, Bex must decide who to fight for – and who to leave behind.

The Battle Ground series is set in a dystopian near-future UK, after Brexit and Scottish independence.

Silence. Darkness. My pulse, loud in my ears.

We need to move. We need to get out. Three floors underground in a nuclear bunker – we're safe while no one knows we’re here, but if they’ve found us, we're trapped. One way in, and one way out.

I force myself to wake up. Open my eyes, push back the blanket, crawl out of bed.

I need to wake the others.

Time to be brave.

5hmoo
5,0 van 5 sterren fans of the Hunger Games will enjoy this
25 juli 2019 - Gepubliceerd op Amazon.com
Geverifieerde aankoop
If you're a fan of YA dystopian fiction (I am), you should read this book. It's well written, engaging, and kept me wanting to know what happened next. I read it in two sittings, only because I had an appointment, so couldn't finish it in one. Can hardly wait for book 2.

Set in the near future UK, Bex, Margie, and Dan are high school students safe in their insular world. Until they're pulled into the war between the domestic terrorists and the government. Now Bex needs to decide which truth she believes and whether she's willing to fight against her friends. And whether she has it in her to really fight at all.

Fans of the Hunger Games will probably enjoy this book. It's the first book in a series.

*spoilers*
(very light spoilers, from the beginning of the book)
Though everyone knows about the domestic terrorist attacks all over the UK, nothing is taught about them beyond what state media puts out. Until one of their history teachers starts secretly teaching Bex and her friends some of the forbidden recent history. Now they can't agree on what's true and what's not. Their disagreements might not matter, but now Margie and the history teacher have disappeared and the government has conscripted Bex and Dan's class to fight the terrorists.

*disclosure*
I received an advance copy in exchange for an honest review. Once it was published, though, I purchased an official copy through Amazon so I'd have it on my Kindle. I'll be purchasing the 2nd book when it comes out.

Lorraine
4,0 van 5 sterren Plausible and Believable
5 september 2019 - Gepubliceerd op Amazon.com
Geverifieerde aankoop
I enjoyed this first book of this new series. A dystopian story set in the not too distant future of the UK. It's aimed at Young Adults, but perfectly suitable for older readers too.

Bex Ellman and her friend, Dan are conscripted into the army, while their other friend Margie has disappeared along with a teacher to join the 'terrorists'. As recruits Bex, Dan and other teens are put through a harrowing training regime, merely to be shown off to the public to prove that they are safe from attack.

With propaganda, misinformation and rumour it's difficult for the teens to decide what the truth is and whos side they should be on.

The characters are well-rounded and most have a back story which helps you get to know them. They're not perfect, they're flawed and make mistakes like all teenagers.

The story moved along at a good pace and in today's climate the plotline was plausible and believable! I look forward to reading the second book of the series.

Jasmine J
5,0 van 5 sterren Intense!
28 juli 2019 - Gepubliceerd op Amazon.com
Battle Ground is the first book in a new series set in a dystopian future where the army recruits teenagers and trains them to make citizens feel safe from the terrorist threats that seem to be happening more and more frequently.

Bex, the main character, is in the army with her friend Dan. Their other friend, Margie, has deserted them and taken off with a school teacher who believes the government is lying about the threats.

Dan is determined to prove his worth in the army, but Bex doesn't care either way. She just wants to finish school and move on with her life. Instead, she has to deal with more than she ever could have bargained for.

I don't want to spoil anything, but I have to say I thoroughly enjoyed this book. I flew threw it faster than any other book I've read this year (if I recall correctly), and that's saying something. I honestly couldn't put it down. It's engaging, thrilling, intense, and wild.

I felt bad for Bex throughout a lot of the story. She wants to do what's right while training, but more often than not, she gets punished for it. It's actually kind of ridiculous what she has to put up with.

I didn't care much for the higher-ups in the army that Bex and Dan had to deal with. They were all terrible characters who aren't hard to dislike. Although, after reading the synopses for the upcoming books, I have a feeling one of them may come around and end up not so bad in the end. I could be wrong, though.

If you love YA dystopian fiction, or books that will immediately suck you in and take you on an action-packed ride, you'll definitely want to grab a copy of Battle Ground today.

5 very well-deserved stars from me!

Jessica Belmont
4,0 van 5 sterren Engaging Dystopian!
27 juli 2019 - Gepubliceerd op Amazon.com
Battle Ground is a YA Dystopian, and I am so happy I had a chance to read it! I love Dystopians because they are always eerily possible. Just one small change in the way a government is run, and we could easily live like this. I love that. Battle Ground feels really relevant and I love when fictional books do that.

The characters are very realistic. It’s interesting to see the weight of each decision and how it impacts the story later on. Trying to decide who to trust is not easy for any of the people in this story, and I could feel the difficulties through the pages.

A complex and thought-provoking read that is aimed at the YA audience, but translated well to me as an adult. I love the morality questions and the constant difficulty in deciding who to trust. I am really looking forward to the next book in this series!

I definitely recommend checking Battle Ground out if you love complex YA Dystopians!