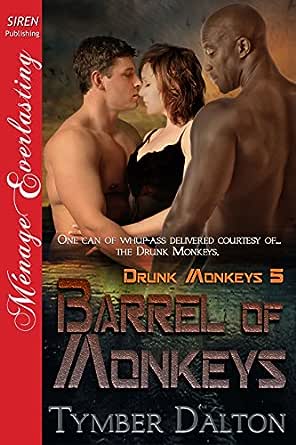 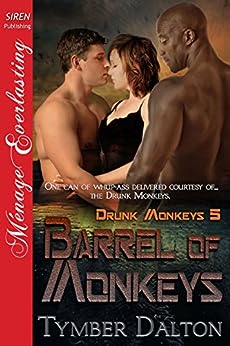 (Book 5 in the Drunk Monkeys series.)

One can of whup-ass delivered courtesy of...the Drunk Monkeys.

Gia Quick is an LA Sheriff's deputy in Santa Clarita. She gets an emergency promotion to station chief after Kite, riots, and earthquakes bring the region to its knees. She knows the only solution to keep rioters and Kiters out is to blow the freeway and give citizens time to escape.

Omega and Echo are on a recon mission when a mob ambushes them and they get separated from the rest of the Drunk Monkeys. They find Gia arresting - even after the short, feisty deputy arrests them. She needs a road blown and they can help, if they can locate the rest of their unit.

Unfortunately, Kite hits close to home for Gia, and there's nothing keeping her in Santa Clarita. But the military has one hell of a cover-up underway. When Gia opens this barrel of monkeys, she might find more than she bargained for...and she just might find love.

The books in this series are best read in order:

Annie K 69
5,0 van 5 sterren Love this series
30 december 2015 - Gepubliceerd op Amazon.com
Geverifieerde aankoop
Love this series! Rereading the series so far, the last 2 books are due out soon, whoot!, and being better about remembering to review. The Monkeys are on the road and heading to Seattle. Omega and Echo are picked up by the Santa Clairita Sheriff's office when they are caught in an ambush while on recon. Omega and Echo take an instant likeing to the Chief who arrives on the scene. Captain Gia Quick, is acting Chief of the Santa Clairta Sheriff's department, a 14yr veteran on the force and a former MP, she has a good idea about who and what the 2 hot men she had brought in are. Loved Gia, Omega and Echo. The Rev Silo is about to have some serious trouble from an unexpected source. Yea Karma! A fun and steamy read.
Meer lezen
Vertaal recensie in het Nederlands

sandab
5,0 van 5 sterren I love this series
12 april 2015 - Gepubliceerd op Amazon.com
Geverifieerde aankoop
I love this series. I can see it as a TV series or cable series. Great idea and great stories.
Meer lezen
Vertaal recensie in het Nederlands