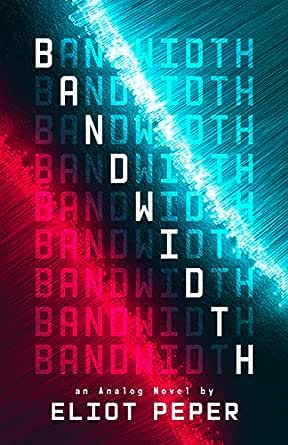 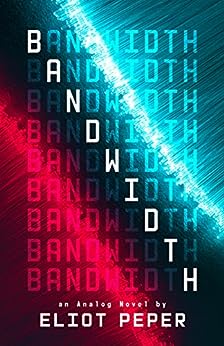 Eliot Peper is the author of Cumulus, True Blue, Neon Fever Dream, and The Uncommon Series. His near-future thrillers have been praised by The Verge, Popular Science, Businessweek, io9, and Ars Technica. Eliot is an editor at Scout and an adviser to entrepreneurs and investors. He has helped build various technology businesses, survived dengue fever, translated Virgil's Aeneid from the original Latin, worked as an entrepreneur-in-residence at a venture-capital firm, and explored the ancient Himalayan kingdom of Mustang. His writing has appeared in Harvard Business Review, TechCrunch, and the Chicago Review of Books; and he has been a speaker at places such as Google, Qualcomm, Future in Review, and the Conference on World Affairs. Visit www.eliotpeper.com to get personal reading recommendations from Eliot and learn more about him. He is also active on social media at twitter.com/eliotpeper and facebook.com/eliotpeper. --Deze tekst verwijst naar een editie van deze titel die niet meer wordt gedrukt of niet beschikbaar is.

Kimo
4,0 van 5 sterren Exciting thriller with a too close for comfort similarity to current events
1 april 2018 - Gepubliceerd op Amazon.com
Geverifieerde aankoop
The most common complaint when it comes to thrillers built around technology is that authors tend to get too happy using technical jargon. Some use it effectively, while others go overboard to prove how technically savvy they are. Happily, I can report that bandwidth dispenses with the use of nonstop tech terms, acronyms and cliches and serves up a nice entertaining thriller. In this near future tale, most of the world is dependent upon and practically addicted to online content. Pretty much everything going on in the world is fed to the masses through "the feed". Dag Calhoun works as a lobbyist for the Commonwealth, a group of huge companies that together control most of the world's digital infrastructure. He, along with other Commonwealth lobbyists, make sure certain agendas are carried out, sometimes in less than ethical fashion. It obviously made me think about the recent news regarding attempts to use the world's largest social media platform to influence political events and other matters.

In this near future world, current illegal drugs are legalized. With no illicit drugs to profit from, large cartels and other shady organizations are now forced to manipulate bandwidth for profit. This sets the tone for the first part of the story. After a near death experience followed by an unnerving incident in a hotel, Dag discovers that he has been exposed and information from his own feed is being used against him. This sends him on a mission to hunt down the person or person(s) responsible for the increasingly disturbing occurrences exposing the vulnerability of his feed that, up to this point, he believed was impenetrable by anyone outside the Commonwealth. What follows is a nicely paced tale of espionage and deceit. There are several twists that will have you repeatedly wondering who the real good and bad guys are. There isn't a lot of action but there is plenty of good dialogue and interaction between characters. Character development is pretty good and vital to the plot of information manipulation and exploitation. Overall, I came away entertained.

Dee Arr
5,0 van 5 sterren MIND CONTROL vs. ETHICS?!! Which Would You Choose???
1 april 2018 - Gepubliceerd op Amazon.com
Geverifieerde aankoop
Consider a world one step away from where we now reside, where logging on is as easy as waking up, where you carry your daily news feeds and conversations in your head and are able to access it whenever it is needed.

Combine this instant access with the political realities of a political lobbyist and you have stepped into the world of Dag Calhoun. Add in today’s accusations of news manipulation but make the twists more insidious, more personal. What kind of power could be wielded if one could manipulate the thoughts of a single person by affecting his or her personal feed? With this power, is doing what is right still ethical?

Author Eliot Peper captures this world, fleshing it out for the reader and giving it life. As we descend into a realm of political intrigue, the author deftly weaves a tale that details the realities of Dag’s life, exposing the dangerous path he sometimes must tread.

While light on the science aspect, the portrait of a man tossed by the whirlwinds of his own creations was fascinating. Dag is a complex character, torn by the desire to forge a different trail even as he is followed by the demons of his past. The behind-the-action scenes are realistic, providing the perfect backdrops. The author’s prose is descriptive and tight, with a matching plot that kept me turning pages from the beginning all the way to the end. Highly recommended. Five stars.

Dave Carver
4,0 van 5 sterren Surprised Me Many Times
15 april 2018 - Gepubliceerd op Amazon.com
Geverifieerde aankoop
This book gave me very mixed feelings. I went from unimpressed to impressed from annoyed to surprised but ultimately landed on enjoyed.

The book is very over written at times to the point of pretentiousness. It's not just he took a sip of whiskey, it's "He inhaled and sipped. Thick with Isle of Skye peat and brine, the whiskey evoked long, hard winters weathered in stout hovels battered by pitiless North Atlantic storms." Typically this kind of writing drives me crazy. As I got deeper into the story, it no longer bothered me quite as much.

The "feed" is not an entirely new idea. I have come across it in several other novels of the future. What is a very creative twist is at the heart of the story and is neatly connected to the current controversy attached with various forms of social media. We are just learning how easily it is to be manipulated in this new world; this book ratchets that worry up tenfold.

The cast of characters is quite eclectic. A few billionaires, quite a few products of the foster care system, lobbyists, several memorable Aide-de-camps and a very talented maître d'. They're all well formed and stride across very unique settings.

I always worry about picking up any "book 1". I am not always interested in beginning a relationship with a multiple book series; there are just too many good books out there to read. I am very glad to report that this book as a beginning, a middle and an end. While the characters could definitely live on, there is no need to keep reading to see how this particular story ends. I appreciate that.

Finally any book that gives me a new quote to add to my list of favorites has a soft spot in my heart. Thanks for the following!

“Shankar Vedantam wrote that those who travel with the current will always feel they are good swimmers, while those who swim against the current may never realize they are better swimmers than they imagine,”
Meer lezen
19 mensen vonden dit nuttig
Vertaal recensie in het Nederlands

Haje Jan Kamps
5,0 van 5 sterren A phenomenally fun read
1 april 2018 - Gepubliceerd op Amazon.com
Geverifieerde aankoop
A phenomenally fun read. Peper is the king of "What if..." near-future science fiction, and with Bandwidth, he's done it again. The premise is borderline Black Mirror: What if everything you did was hooked up to an always-on internet connection called the 'feed'? What happens if that unhackable connection turns out to not be as secure as you thought?

At the surface of it, the book is a great read - but what I really enjoy is how Peper manages to make you think about things that are extremely relevant now (privacy, anyone?), against a backdrop of a fictional story.