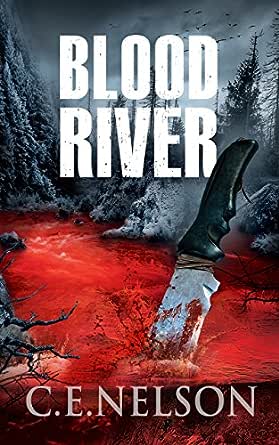 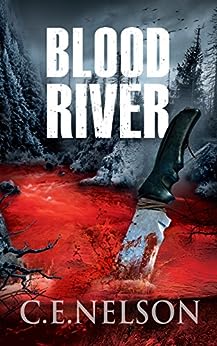 When Dave Trask ran for sheriff of Lake County Minnesota he thought the job would entail locating lost campers and catching poachers, and he didn't really think he'd get elected.  He was wrong on both counts.

Before he can be sworn in, two guests at a fishing lodge in the county are brutally murdered.  The murders threaten to destroy the tourist business vital to the county, as well as ignite a war between lodge owners and the Native American population.  As the murders continue, Dave is feeling the pressure from all sides, including the county board, to stop the killings.

With a staff of inexperienced deputies, Dave is forced to enlist the help of his identical twin brother Don, Lead Agent for the Minnesota Bureau of Criminal Apprehension.  Together they search the wilds of northern Minnesota for the killer, unaware they have become the hunted.

THE FIRST BOOK IN THE TRASK BROTHERS MURDER MYSTERY SERIES WITH AN ENDING YOU WON'T SEE COMING.  Newly edited.

Frankatolla
3,0 van 5 sterren Decent plot, but needed proofreading and editing
7 juli 2018 - Gepubliceerd op Amazon.com
Geverifieerde aankoop
This novel had a decent storyline but had numerous annoying typos and grammatical errors. It needs proofreading and editing. It also could use some background on the 46-year-old twin brothers who are the main characters. Having said that, it would make a good made for TV movie.
Meer lezen
3 mensen vonden dit nuttig
Vertaal recensie in het Nederlands

LaSondra Dearmon
2,0 van 5 sterren Disappointing
24 mei 2018 - Gepubliceerd op Amazon.com
Geverifieerde aankoop
I like a book that keeps me interested in reading at least by the end of the 2nd chapter. After chapter four I just did not feel that I had a good grasp on the characters and was having to make myself continue to read. I finally became so bored I gave up. Not saying that C.E. Nelson is a bad writer. This is just not one of his better works.
Meer lezen
2 mensen vonden dit nuttig
Vertaal recensie in het Nederlands

Patty U
4,0 van 5 sterren Fascinating read
23 juni 2019 - Gepubliceerd op Amazon.com
Geverifieerde aankoop
This was an interesting book. I like how the Trask brothers pull together and get the job done. Not sure if the descriptions of the lakes were accurate, but it held my interest. The Sentry believes he is killing for the greater good of his people and old ways. Sherrif David gives his all on this case and is threatened with firing if he doesn't follow some unwritten rules. He calls his brother Don to help as David doesn't feel he can trust all his deputies. This makes solving this case that much harder.
Meer lezen
Vertaal recensie in het Nederlands

Angeltobe
5,0 van 5 sterren A Trask Brothers Adventure
20 juni 2019 - Gepubliceerd op Amazon.com
Geverifieerde aankoop
Outdoors, fishing, small towns, murder uh one of the three doesn’t belong. But it happens. Like that chewing gum on the bottom of your shoe. It’s there you have to deal with it. Bring in Sheriff Trask who is the new sheriff in town. Ran for office for the heck of it and won and now he has several fishermen not ending their fishing trip as planned. This is not what he signed up for. What happened to drinking beer and fishing most of the time? The Ancestors and bad guys have other ideas.
Meer lezen
Vertaal recensie in het Nederlands

Kindle Customer
4,0 van 5 sterren Opportunity to develop
21 juni 2019 - Gepubliceerd op Amazon.com
Geverifieerde aankoop
I liked this book. It was a quick read. As I was reading, I started thinking about all the possibilities for sequels or prequels. The twins complemented each other, yet Dave's strengths and weaknesses were more developed. I look forward to reading another book focused on Don. I liked the additional twist at the end although I was not completely surprised.
Meer lezen
Vertaal recensie in het Nederlands
Ga naar Amazon.com om alle 27 recensies te bekijken 4,2 van 5 sterren
Terug naar boven
Over ons
Verkoop bij ons
We helpen je graag
© 1996-2020, Amazon.com, Inc. en dochterondernemingen