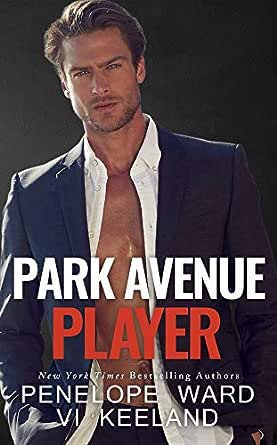 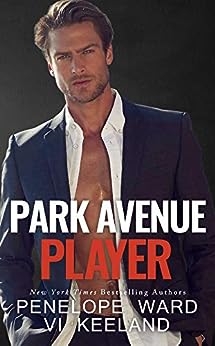 Then the fender bender happened.

The guy I collided with drove an expensive car and was drop-dead gorgeous. Too bad he was also a total jerk. We argued over whose fault it was and any other thing that came out of his condescending mouth.

Eventually, the police came and we went our separate ways. The insurance companies would have to figure things out. I had a job interview to get to anyway—one I was excited about.

Though that excitement changed to disappointment the moment the person interviewing me walked in. The guy from the accident.

Yeah, so I didn’t get the position.

The problem was, I really wanted it. No, I needed it. Anything to get me out of my current career and back into working with kids.

So, even though Hollis LaCroix was as intimidating as he was devastatingly handsome, I went back to see him and begged for a chance.

To my surprise, he gave me a shot taking care of his troubled niece.

At least my attraction to him wouldn’t be able to go anywhere. I wasn’t about to jeopardize my job or the strong bond Hailey and I formed.

But resisting the magnetic pull between us wasn’t that simple. (Then there was our little underwear game—don’t ask.)

We continued to flirt without crossing the line—until it finally happened.

This is the part of the story where we fall in love and live happily ever after, right?

Well, life has a way of throwing some major curveballs.

Ours was one I didn’t see coming.

***Please note that the titles in this series do not have to be read in any particular order.***

Sng1577
2,0 van 5 sterren Sorry, but not my favorite
26 september 2019 - Gepubliceerd op Amazon.com
Geverifieerde aankoop
The H lost his mother and the girl he was going to marry and it's jaded. The h is adventurous, strong woman that got out of a bad marriage. It was all fun and an interesting book until the big reveal. When the h friend, that's dying, told her she believe in love because she was loved by a good man, I immediately knew where this was going. And of course, I was not wrong. What a disappointment.
Thing is the authors are so hyped that I guess feel the pressure to come up with something new and outrageous. But the spin they gave the story is not new, it just quite unbelievable and sappy. The kind of spin made just to get your feelings going.
And they do write better than a majority of authors out there spewing books monthly. But, the last few books they have published have been more of miss than a hit. There is a very faithful group of readers that will sing their praises no matter what they write. Well, that's awesome for them, but they can't do better if everything they write we just praise regardless of how good it was. Bottom line, good beginning. Messy, disappointing middle and ending. If you want a story where the H will love you but will always be in love with a perfect ex., and you not only believe it but are ok with that... Then this is your book. :) By the way, I know you can expect literature for less than 5 dollars. But they can do better. Just write a good story somehow believable.

LindaM
2,0 van 5 sterren THIS REVIEW CONTAINS SPOILERS
4 oktober 2019 - Gepubliceerd op Amazon.com
Geverifieerde aankoop
I have always loved the books written by these two authors but this one was so disappointing.

Hollis is a player who only has one night stands because he had his heartbroken by his childhood sweetheart, Anna. Throughout the book we see flashbacks of Hollis and his girlfriend Anna and how their relationship ended (Anna cheated).
Elodie is the nanny hired to look after Hollis' niece Hailey.
Both characters are instantly attracted to one another but Hollis keeps pushing Elodie away because he is afraid that Elodie will cheat on him. Throughout this push and pull, Elodie shares all of this with her best friend Bree, who is dying of a rare ling disease. Elodie and Hollis do end up succumbing to their mutual attraction but when Bree ends up in a coma Hollis starts to push Elodie away... again. Turns out Anna and Bree are the same persons. Anna/Bree dies and leaves letters for both Hollis and Elodie stating that she never cheated she just didn't want Hollis to watch her die. Hollis goes from having practically no feelings for Anna to being in love with her all over and again to feeling guilty about his feeling for Elodie because it might hurt Anna.

This book was fine at the start, a liitle frustrating but fine. Then it became ridiculous. I felt this book was less about Hollis and Elodie and all about Anna/Bree.

DragonflyReads
5,0 van 5 sterren Park Avenue Player hits on all cylinders!
23 september 2019 - Gepubliceerd op Amazon.com
Geverifieerde aankoop
You know how when Penelope and Vi release a co-write and the book world goes nuts? Well guess what? Park Avenue Player goes out with a BANG! Or it comes in with a bang? Either way, it’s a bang! As their first co-write or 2019, this has been highly anticipated for me and SO SO NEEDED!

”There’s only so much thinking you can do about something before you’ve totally wasted your life away.”

Park Avenue Player is so hard to review without giving anything away...you just need to read it! We’ve got a fantastic meet-cute with Elodie and Hollis literally crashing into each other, an adorably impressionable tween, a bird that mimics only what he wants, and off the charts chemistry by our two main characters.

”It’s okay to smile in the midst of darkness.”

I didn’t see this one coming. I mean I knew I would love it because it’s Penelope and Vi, but you guys, Park Avenue Player is completely unexpected and supremely heartfelt. This book hits on all cylinders with great comedic scenes, ultra-hot sexual tension, and all.of.the.feels. Pick this one up, y’all. You won’t be disappointed!

Wendy LeGrand
5,0 van 5 sterren My new most favorite Penelope and Vi story!
23 september 2019 - Gepubliceerd op Amazon.com
Geverifieerde aankoop
Okay, this book has slid into the "most favorite co-write" spot in my heart! I so loved Hollis and Elodie! This was an emotional read from start to finish. I was just glued to this book from the front cover to the back, not wanting to put it down until I got to the very last page!

Hollis comes across as a jerk a lot of the time, but that was because of the heartbreak he suffered in his past, in more ways than one. And Elodie, well I want her to be my new BFF. I loved that woman! And then there's resilient little Hailey - and Elodie's best friend Bree, and Hollis' best friend Addison... so many awesome characters!!

This story just had so many complex themes running through it, and I was so highly impressed with how Penelope and Vi navigated these characters through slowly building a relationship, the minefields that come with keeping oneself closed off from true emotions, and the rewards that come with finally letting others into your heart.

Not gonna lie, these ladies put my heart through the absolute wringer. Not just once, but multiple times throughout the story. There's a twist in here that totally blew me away. Which made the story all the more emotional. And once I finished reading and went back and reread key scenes now that I was "in the know" the emotional meter pinged off the charts! I had to immediately message Penelope so I could talk through everything I was feeling! Man, oh man... This book!

I am seeing so many early readers saying this book has by far become their favorite co-write from Penelope and Vi, and I wholeheartedly agree with them. I didn't think any new character would be able to knock Graham off his pedestal as my favorite, but Hollis... yeah, he's managed to do it!

I cannot recommend this book highly enough! Yes, it is super emotional and yes I shed a lot of tears, but it is such a beautiful story! And I would be remiss in not telling everyone to be on the lookout for a cute little cameo...

Make sure to grab your copy as soon as this goes live!!