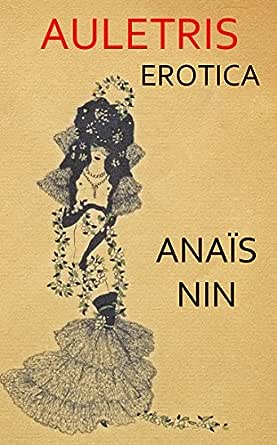 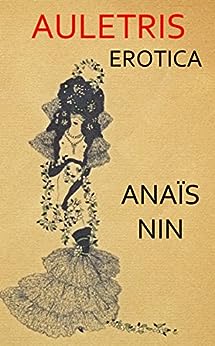 Previously unpublished erotica by Anais Nin. After remaining hidden for more than 65 years, the story "Life in Provincetown" and the original, unedited version of "Marcel" were discovered after five copies were illegally printed in 1950 and sold to private collectors. Prime Nin erotica in its original form.
click to open popover

Terrance Aldon Shaw
5,0 van 5 sterren Sublime, sensuous, cerebral, joyfully sumptuous!
23 oktober 2016 - Gepubliceerd op Amazon.com
Geverifieerde aankoop
The publication of something new from none other than Anaïs Nin is itself the stuff of stories, akin to the live capture of a unicorn, or, at the very least, the discovery of long-buried pirate’s gold. It is an occasion to rejoice and once again make pilgrimage to the shrine of that great mother-goddess, the self-described “madame” of modern literary erotica. What a transcendent thrill to hold this book in one’s hands and read that glorious, hypnotically rhythmic, dream-spinning prose that was and is like nothing else.

What we know and take for granted today as literary erotica would be utterly unimaginable without the work of Anaïs Nin. Yet, as editor Paul Herron tells us in his concise yet densely informative introduction to 'Auletris', the author “didn’t take her erotic writing seriously…” Famously paid a dollar a page by a private collector for her now-classic tales, the writing of which she rather dismissively likened to forays into “literary prostitution”, Nin’s erotica was heavily edited for posthumous publication. 'Delta of Venus' appeared in print shortly after the author’s death in 1977. 'Little Birds' followed in 1979. One of the stories in Auletris is the unedited version of 'Marcel', which appears, severely pruned back, in 'Delta of Venus'. The other story in this new volume, 'Life in Provincetown', has never before been seen beyond private circles: only five copies of 'Auletris' were produced, the original type script and four carbons, which were “bound into books by the Press of the Sunken Eye” in 1950. This new edition, according to Herron, “is reproduced as it appears in the original (typescript) minus misspellings, typos, and minor formatting problems, allowing the reader to see Nin’s words as they were intended for the collector.”

And what extraordinary words they are! Everything we have come to love and revere in Nin’s work is here: the writing is, by turns, poetically inspired, sublime, sensuous, cerebral, steamy, trangressive, disturbing, psychologically searing, and joyfully sumptuous in its amoral abandon.

Chrissi Sepe
5,0 van 5 sterren So Much More Than Erotica! A Literary Feast!
11 november 2016 - Gepubliceerd op Amazon.com
Geverifieerde aankoop
"Auletris" is actually the first Anais Nin erotica I have ever read. I've read most of her diaries and two of her novels, "House of Incest" and "Winter of Artifice," but not her widely-known erotica books, "Delta of Venus" and "Little Birds." I've always felt that Nin's diaries could hold their own among the best literary novels, and "Auletris" proves this applies to her erotica as well.

"Auletris" consists of two parts - "Life in Provincetown" and "Marcel." These parts contain several stories within each. "Life in Provincetown" takes place in a fishing town where artists lead sexually liberated lifestyles. Families who also live there complain when the artists do things like sunbathe in the nude, but to no avail, as the artists will not be forced to change their ways. Nin skillfully interweaves these characters within all these stories and also in the stories of "Marcel." Her trademark of describing settings in sensual and detailed manners remains.

In "Auletris," one can see why Nin is a pioneer of modern day erotica. She is fearless in exploring every aspect of sexuality. But "Auletris" also shows the pride and care she takes in creating her characters and stories. She doesn't write erotica solely to arouse. Instead, she crafts complete tales where the reader is brought into her characters' outer and inner worlds. "Auletris" is the type of book that needs to be read more than once. I've found my favorite parts, and I believe I will be rereading them on a regular basis!
Meer lezen
5 mensen vonden dit nuttig
Vertaal recensie in het Nederlands

ANAIS NIN HAS ALWAYS BEEN A LIFETIME FAVORITE FOR ME!!

SHE IS A MARVELLOUS WRITER!!

AND SHE CAN WRITE ABOUT ANY SUBJECT TASTEFULLY AND WITH APLOMB!!
Meer lezen
2 mensen vonden dit nuttig
Vertaal recensie in het Nederlands