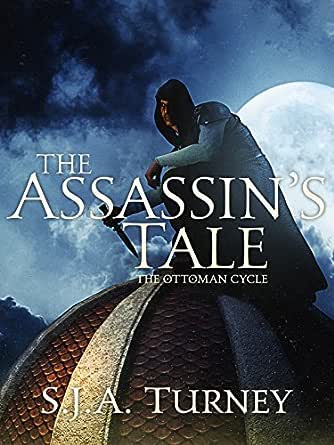 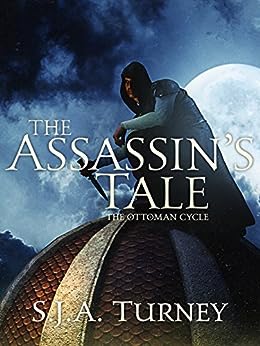 Italy, 1493: As the inquisition takes hold in Spain and the Vatican seethes under the rule of the Borgias, Skiouros finally sets his mind to his ultimate mission since leaving the great city of Istanbul: the death of the usurper sultan, Cem.

Gathering old friends and new, Skiouros travels the length of Italy in his quest for vengeance and the quieting of his brother's restless soul. But on his dreadful quest he will face more than just physical danger…

For beneath all his strength, does Skiouros have a heart black enough to commit murder in the name of revenge?

The Assassin's Tale grips like steel, and is the ideal read for fans of David Gilman, Giles Kristian and C. R. May.

Panamax
2,0 van 5 sterren Not good.....
11 januari 2020 - Gepubliceerd op Amazon.com
Geverifieerde aankoop
Unending descriptions, ridiculous plots, the reader is taken into moral justifications at each corner, pages and pages of unnecessary details, not the best of Turney’s books..... honestly I finished it just because I had nothing else to read these days and I paid for it.... - the need of the writer to justify the intents or the actions of the characters is really overwhelming.... the book is set up in a period of history when human life was regarded completely different from today, different cultures were to clash in horrific wars and terrible human tragedies for religious, social, financial and power struggle reasons, and the author takes a XXI century moral standing.... really, not a good book...
Meer lezen
Vertaal recensie in het Nederlands

James Dainis
3,0 van 5 sterren Hard to Believe Plot
6 november 2014 - Gepubliceerd op Amazon.com
Geverifieerde aankoop
At the end of Book 2 of this Ottoman Cycle, Skiouros sailed on a ship call the Pinta with a man called Colombo in 1492. In this Book 3 he returns but there is no mention of what happened on that voyage except Skiouros got some tattoos. That was a bit disappointing. Now he is back and will continue to seek revenge against the usurper sultan Cem, the man who murdered his brother. Cem is a guest/prisoner of the Pope in Rome and is well guarded in the heart of the Vatican. Skiouros enlists the help of some of his old friends and they decide that they will become a mercenary band for hire and engage in heroic and suicidal missions. The Pope will hear of this and hire them himself so they will thus gain access to the Vatican.

This is a dumb plot to say the least. The smart thing, which they eventually do, would be to go to Rome and stake out the residence of Cem and figure out a way to secretly gain access. A year and a half of wasted time fighting for hire in all parts of Europe (and getting three of their band killed) does make for some interesting reading. I suppose the novel would be too short without that so that is the plot device used. However, a ship captain and one of his sailors along with a fabulously wealthy nobleman fighting as common soldiers seems a bit of a stretch.

I enjoyed the two earlier books when events and situations were thrust upon Skiouros - his brother being falsely accused of murder, being captured by pirates, sold into slavery, fleeing across the desert, etc. and the way that he dealt with adversity. In this novel Skiouros creates his own situations. That is quite different. I gave this a three star (It's okay) rating although for most of it I was seeing two stars (I don't like it) in front of my eyes.

Dog-yeared
3,0 van 5 sterren The Constantinople-Istanbul hero goes to Rome and Naples
18 juli 2015 - Gepubliceerd op Amazon.com
Geverifieerde aankoop
An interesting combination of a Greek born in recently-Islamized Constantinople trying to wreak revenge on the pretender to the Sultanate who is a political hostage in the Borgia Vatican ... and handed over to the conquering French king Charles VIII on his grim set of victories from Milan down to Rome down to Naples (to use the Ottoman Cem as an excuse for a Crusade against Anatolia). Lots of gore and physical descriptions (mud, rain, horses, monks, slicing and dicing, and 15th-century Rome seen as sinfully opulent) and not-very-credible plotting (the French guards fall right and left), but a good summer afternoon's read either in air-conditioning (it happens in winter) or on a sunny beach on the Mediterranean. (The book oddly starts in "orthodox Spain," but leaves it behind quickly.)
Meer lezen
Vertaal recensie in het Nederlands

Kirsten M Blair
4,0 van 5 sterren Marvelous and sad
5 januari 2016 - Gepubliceerd op Amazon.com
Geverifieerde aankoop
I have hugely enjoyed everything SJA Turney has written and I hope he keeps on writing. I don't always like what happens, but with the Roman army or vengeful Greeks,people are going to die. The storylines are always remarkable enough to do as this one has, and keep me up past my bedtime. One thing I particularly like is that characters are rarely cardboard cutouts-they seem real,and often as conflicted as they ought to be in their circumstances.
Meer lezen
Vertaal recensie in het Nederlands

Russ Beaubien
4,0 van 5 sterren On to the next one
29 maart 2018 - Gepubliceerd op Amazon.com
Geverifieerde aankoop
This series has been a good take of intrigue, gambits and plots to keep the reader on the edge all the way through. Well done. I was interested in historical fiction and hadn't read much about the start of the Turkish empire. This series provides a nice fictional background.
Meer lezen
Vertaal recensie in het Nederlands
Ga naar Amazon.com om alle 26 recensies te bekijken 4,1 van 5 sterren
Terug naar boven
Over ons
Verkoop bij ons
We helpen je graag
© 1996-2020, Amazon.com, Inc. en dochterondernemingen