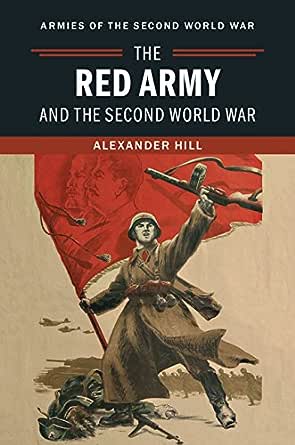 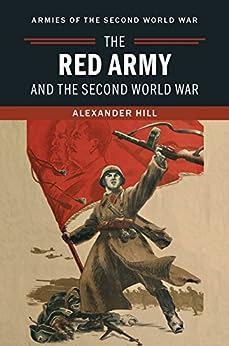 In a definitive new account of the Soviet Union at war, Alexander Hill charts the development, successes and failures of the Red Army from the industrialisation of the Soviet Union in the late 1920s through to the end of the Great Patriotic War in May 1945. Setting military strategy and operations within a broader context that includes national mobilisation on a staggering scale, the book presents a comprehensive account of the origins and course of the war from the perspective of this key Allied power. Drawing on the latest archival research and a wealth of eyewitness testimony, Hill portrays the Red Army at war from the perspective of senior leaders and men and women at the front line to reveal how the Red Army triumphed over the forces of Nazi Germany and her allies on the Eastern Front, and why it did so at such great cost.
click to open popover

Thomas Reiter
4,0 van 5 sterren Full of Facts and Figures
27 maart 2017 - Gepubliceerd op Amazon.com
Geverifieerde aankoop
This book has been out for a few months now, so I'm surprised that there are no reviews yet...I just finished reading it, so thought that I would rectify that situation.

From reading the book's description, it should be obvious that this book is not really a history of the campaigns on the Eastern Front, but rather the history of the Red Army as an institution.The author begins with the post-Civil War period before covering the tumultuous thirties, including the purges, the Spanish Civil War, doctrinal disputes, the invasions of Poland and Finland, etc. This part of the book was quite good, and chock-full of interesting facts and figures.

Moving into the war itself, there again lots of interesting facts and figures, although the author seems to lose his focus a bit covering the vast scope of the war. Ranging from the effectiveness of antitank weapons to the merits of various German and Soviet fighter planes, to sniper training, to the range of radio sets, to the number of women soldiers... Again, rather interesting, but kind of all over the map. Speaking of "maps", I don't recall seeing many (if any?) maps in the book, although given that the book is not intended as a campaign history maps would probably not add much to the book.

So basically I enjoyed this book as a large grab-bag of interesting facts and figures; the author seems to have done lots of research, the bibliography is extensive, and footnoting is well done. I didn't give the book five stars because of the following issues:
1) As mentioned above, the book is a bit unfocused, especially when in the sections about the war. Chapters cover a wide range of seemingly random--albeit interesting--topics.
2) While the book is generally quite easy to read, there are a surprising number of minor grammatical & syntax errors and oddly-worded sentences. Nonetheless, the book flows well and is not boring.

As an aside, the book includes a fair number of interesting photos.

Finally, I should mention that I bought the kindle version of this book, although for some reason it is called an "e-textbook"...while I had never bought an "e-textbook" before, as far as I could tell it was exactly the same as a standard kindle book, so no problems there.

Overall, an interesting, generally well-written book which I recommend for anyone interested in the Red Army during WWII.

Writing Historian
5,0 van 5 sterren Five Stars with Slight Flaws
19 oktober 2017 - Gepubliceerd op Amazon.com
Geverifieerde aankoop
Would like to echo the other reviewers comments with a word of caution for someone other than a serious military historian who might be interested in reading this book.

First, the author has far greater command over the facts and figures than smoothly flowing prose. In short, its a bit of a tough read and one in which I found myself regularly going back to go through a paragraph a second time to ensure it made sense; Additionally, the Cambridge editors did not do a stellar job on catching the more than occasional typo. All in all, I felt this book was rushed into publication by a press eager to inaugurate its Armies of the Second World War series.

That is about all I would caution prospective buyers about. For me, the flaws were not enough to deter me from buying it or from giving it a five star rating.

The manuscript's strengths far outweigh its flaws. One look at the bibliography shows that the author has plumbed Russian sources far more than most english speaking historians writing about this topic. More importantly, he takes those sources with a "grain of salt" whenever required and points out which sources he considers as reliable.

That leads me into another strong point of this book, namely Professor Hill - unlike many of his contemporaries - includes cogent and insightful analysis with his accounts of personalities, events, and technology. He begins with the Revolutionary Soviet Army and proceeds to chart its evolution to a professional force with detailed looks at tactical and technical developments, experience in the Spanish Civil War, border clashes with the Japanese in the late 1930s, the war with Finland, and occupation of the Baltic States and Poland. When combined with his detailed examination of the Russo-German conflict that spanned June 1941 - May 1945, Hill has arguably succeeded in producing one of the most comprehensive and informative accounts of the Red Army to date.

He does an excellent job of laying the groundwork for the events that took place in the immediate aftermath of the German invasion, namely why a defending force that far outnumbered the attackers AND which possessed better tanks did so poorly in the opening months of the Eastern Front. Hill then details how the first shipments of lend lease made a much greater difference than mere numbers suggest by looking how the Red Army stood at the end of 1941 and how it benefited from mostly British deliveries at a critical period.

Hill then discusses Stalin's misplaced belief that the Germans stopping before Moscow passed the strategic initiative back to the Soviets, which led to a series of costly offensive operations, which for the most part lacked proper planning and resources, that succeeded at winning back territory but at a horrific cost in men and equipment. The debilitated Soviet forces were therefore unable to stop the Germans from pushing to Stalingrad, which turned out to be an equally fateful mistake.

One thing that I really liked (among many) in this book was that Hill is able to clearly explain the relationship between the Eastern Front and other theaters of war. The Soviets benefited from operations by the Western Allies and vice versa at several points in the war.

Another plus for this impressive work is that Hill does not concentrate on the Soviet ground forces, but also provides readers with a detailed look at the Soviet Air Force throughout the conflict.

If one is more interested in the latter half of the conflict vice the Barbarossa through Kursk period, then perspective buyers should be aware that the first three-quarters of the book takes the reader up to Kursk, with the final quarter devoted to the final two years (almost) of the Russo -German war. That said, Hill does not skimp on detail and analysis for the final quarter as he continues to deliver narrative with penetrating insight jam packed with new facts all the way up the book's conclusion.

Andrew Owens Beamer
5,0 van 5 sterren Very good and detailed book regarding the Red Army
15 juni 2017 - Gepubliceerd op Amazon.com
Geverifieerde aankoop
I've never written a review for any books I've read. However, as time goes on and I rely on the amazon reviews to find good reading material I figured I would try my hand. What I can say is this book was very good and gave a very through yet understandable direction to the red army prior to WW2. While the parts dealing with the War are good they are not why I'm giving this book five stars. I was very happy with reading about the army in the 30s including the weapons and problems with production and material. This is a oft neglected area but of such importance that to understand what came after without it is hard to say the least. I was very happy with the book and believe that anybody interested in the Red Army or eastern front would get a lot out of it.
Meer lezen
14 mensen vonden dit nuttig
Vertaal recensie in het Nederlands
Ga naar Amazon.com om alle 10 recensies te bekijken 3,6 van 5 sterren
Terug naar boven
Over ons
Verkoop bij ons
We helpen je graag
© 1996-2020, Amazon.com, Inc. en dochterondernemingen