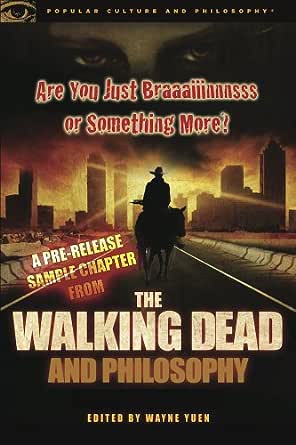 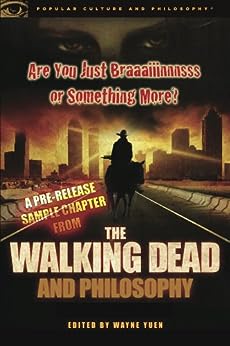 Are You Just Braaaiiinnnsss or Something More?: A Pre-release Sample Chapter from The Walking Dead and Philosophy (English Edition) Kindle-editie

In Are You Just Braaaiiinnnsss or Something More?, British Columbia-based philosopher Gordon Hawkes compares the zombies of The Walking Dead with the zombies philosophers argue about. Debate about whether zombies could possibly exist has been a hot topic in philosophy of mind over the last thirty years, though as Hawkes points out, these are not quite the same as the walkers in Robert Kirkman’s epic tale. Philosophical zombies, or P-zombies for short, are beings who look and behave exactly like humans but have no inner mental life—no consciousness. Philosophers have lined up on both sides of this disputed proposition, and no agreement is yet in sight. A related question is how much consciousness is possessed by the walkers of The Walking Dead, and whether these shambling walkers are entitled to any moral consideration. Hawkes’s piece is one of twenty chapters in The Walking Dead and Philosophy, edited by Wayne Yuen, in which philosophers draw fascinating and disturbing conclusions from The Walking Dead comics and TV show. The Walking Dead and Philosophy explores not only the nature of zombies, but the nature of human society as revealed by the impact of a zombie apocalypse.
click to open popover