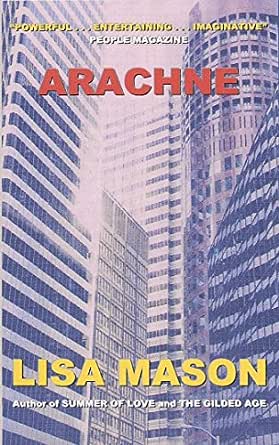 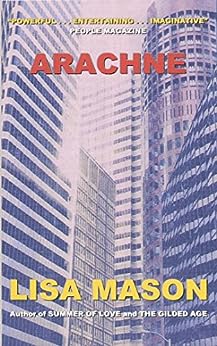 Lisa Mason’s classic cyberpunk about an ambitious young mediator who must confront a terrifying presence haunting her telelink. From the author of Summer of Love (a Philip K. Dick Award Finalist) and The Gilded Age (a New York Times Notable Book).

High above the dangerous streets of post-quake San Francisco Island, mechanically modified professionals link minds in a cybernetic telespace to push through big deals and decisions at lightning speed. But unexplained telelink blackouts and bizarre hallucinations have marred mediator Carly Quester’s debut appearance before a computer-generated Venue—forcing her to consider delicate psychic surgery at the hands of a robot therapist, Prober Spinner. And suddenly the ambitious young mediator is at risk in a deadly Artificial Intelligence scheme to steal human souls. Because the ghosts of Carly’s unconscious may be a prize well worth killing for.

“In humanity’s daring to enter the cybernetic heaven (and hell) of telespace, Lisa Mason reveals the lineaments of all that is tragic and transcendent in our evolution. Once the journey into this vivid and terrifying future has begun, there is no returning until the infinite has been faced and the last word read.”
--David Zindell, Author of Neverness

“Cybernetics, robotics, the aftermath of San Francisco’s Big Quake II, urban tribalism—Lisa Mason combines them all with such deftness and grace, they form a living world. Mason spins an entertaining tale . . . She allows Carly’s robotic allies a measure of personality and sophistication beyond the stock role of a chirping R2D2 or a blandly sinister Hal . . . Her characters and their world will stay with you long after you’ve finished this fine book.”
--Locus, The Trade Magazine of Science Fiction and Fantasy

“Lisa Mason stakes out, within the cyberpunk sub-genre, a territory all her own.”
--The San Francisco Chronicle

“Mason’s endearing characters and their absorbing adventures will hook even the most jaded SF fan.”
--Booklist

“Arachne is an impressive debut by a writer gifted with inventiveness, wit, and insight. The characters face choices well worth reading about. This is cyberpunk with a heart.”
--Nancy Kress, Author of Brain Rose

“There is a refreshing amount of energy associated with Lisa Mason’s writing. The good old values are there: fun, excitement, drama—but served up with new and original twists. Lisa Mason is definitely a writer to watch—and to read.”
--Paul Preuss, Author of Venus Prime

“Lisa Mason must be counted among science fiction’s most distinctive voices as we rush toward the new millennium.”
--Ed Bryant
click to open popover

Ann Author
5,0 van 5 sterren Excellent and amazing
27 maart 2017 - Gepubliceerd op Amazon.com
Excellent and amazing. Few novels immerse so radically and easily in such a different reality that has familiar elements spun into future tech, with such style. Great characters, even the ones that are not biological! Highly recommended and very memorable. True to archetypes, too.
Meer lezen
Vertaal recensie in het Nederlands

Chris Moriarty, author of SPIN STATE (Bantam 2003)
5,0 van 5 sterren Not just cyberpunk as usual
21 maart 2005 - Gepubliceerd op Amazon.com
This is such an astounding book that I don't know where to begin praising it. I first discovered ARACHNE back in the mid-90s only because I happened to stumble on the long out-of-print first edition in a used bookstore. I remember reading it with a growing mix of admiration and frustration. My final verdict back then: ARACHNE so completely transcended the normal hardboiled/cyberpunk categories that it was going to have to wait another quarter of a century to be recognized as the groundbreaking book it was. In fact it reminded me of Howard Aiken's great aphorism about originality: "Don't worry about people stealing an idea; if it's original you'll have to shove it down their throats." How wonderful then to see ARACHNE back in print! Go forth, gentle reader, and buy a copy of your very own. I can't promise you'll like it ... but I think the odds are good. Meanwhile I've got my fingers crossed that the rest of the SF world is finally catching up to Lisa Mason.
Meer lezen
4 mensen vonden dit nuttig
Vertaal recensie in het Nederlands