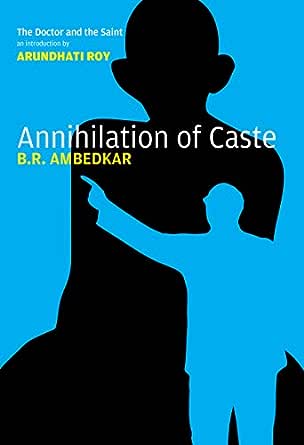 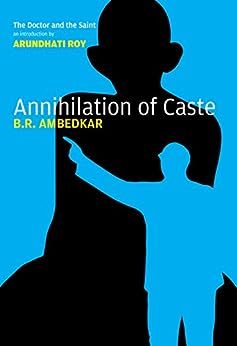 The classic analysis of the caste system with an extensive introduction by Arundhati Roy.

“What the Communist Manifesto is to the capitalist world, Annihilation of Caste is to India.” —Anand Teltumbde, author of The Persistence of Caste. B.R. Ambedkar’s Annihilation of Caste is one of the most important, yet neglected, works of political writing from India. Written in 1936, it is an audacious denunciation of Hinduism and its caste system. Ambedkar – a figure like W.E.B. Du Bois – offers a scholarly critique of Hindu scriptures, scriptures that sanction a rigidly hierarchical and iniquitous social system. The world’s best-known Hindu, Mahatma Gandhi, responded publicly to the provocation. The hatchet was never buried. Arundhati Roy introduces this extensively annotated edition of Annihilation of Caste in “The Doctor and the Saint,” examining the persistence of caste in modern India, and how the conflict between Ambedkar and Gandhi continues to resonate. Roy takes us to the beginning of Gandhi’s political career in South Africa, where his views on race, caste and imperialism were shaped. She tracks Ambedkar’s emergence as a major political figure in the national movement, and shows how his scholarship and intelligence illuminated a political struggle beset by sectarianism and obscurantism. Roy breathes new life into Ambedkar’s anti-caste utopia, and says that without a Dalit revolution, India will continue to be hobbled by systemic inequality.