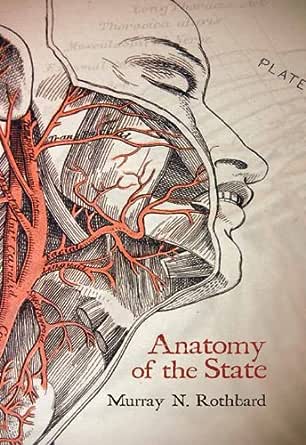 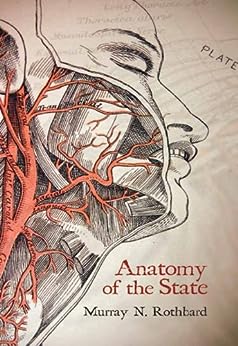 The Anatomy of the State (LvMI) (English Edition) Kindle-editie

In the 20th century Murray Rothbard was known as the state's greatest living enemy, and The Anatomy of the State is his most succinct and powerful statement on the topic, a daring evidence of how he came to wear that designation proudly.

He explains what a state is and what it is not. He shows how it is an institution that purports to hold the right to violate all that we otherwise hold as honest and moral, and how it operates under a false cover now and always. He shows how the state wrecks freedom, destroys civilization, and threatens all lives and property and social well-being.

The essay is seminal in another respect. Here Rothbard binds together the cause of private-property capitalism with anarchist politics — truly the first thinker in the history of the world to fully forge the perspective that later came to be known as anarchocapitalism.

He took all that he had learned from the Misesian tradition and the liberal tradition and the anarchist tradition to put together what is really a new and highly systematic way of thinking about the entire subject of political economy and social thought.

Understanding his point of view has the effect on the reader of putting things together in a way that profoundly changes the way one sees the world.

And Rothbard explains all of this in a very short space — short enough to be read again and again as an inoculation against the creeping disease of statism.

Anonymous Y
5,0 van 5 sterren It's worth every penny.
19 december 2017 - Gepubliceerd op Amazon.com
Geverifieerde aankoop
We may test the hypothesis that the State is largely interested in protecting itself rather than its subjects by asking: which category of crimes does the State pursue and punish most intensely—those against private citizens or those against itself? The gravest crimes in the State’s lexicon are almost invariably not invasions of private personor property, but dangers to its own contentment, for example, treason, desertion of a soldier to the enemy, failure to register for the draft, subversion and subversive conspiracy, assassination of rulers and such economic crimes against the State as counterfeiting its money or evasion of its income tax. Or compare the degree of zeal devoted to pursuing the man who assaults a policeman, with the attention that the State pays to the assault of an ordinary citizen. Yet, curiously, the State’s openly assigned priority to its own defense against the public strikes few people as inconsistent with its presumed raison d’etre.
Meer lezen
16 mensen vonden dit nuttig
Vertaal recensie in het Nederlands

Star Quest
4,0 van 5 sterren Eye Opening!
2 januari 2018 - Gepubliceerd op Amazon.com
Geverifieerde aankoop
Murray Rothbard is considered by many of his devout followers the father of Libertarianism. This short read (only about 55 pages) dissects the role of the state and its intended purpose in the eyes of the author. As someone who has been both influenced and intrigued by the Libertarian ideology, I felt this was certainly a book I had to read. Most people outside of Libertarian circles would find this book quite extreme and I can understand why. However, from a 40,000 ft view and looking at history as a credible example, it is quite shocking to see how many people have been killed and exterminated through forced state actions such as war, domestic police and military brutality, as well as seizure of economic resources at the hands of the state. I am still finding my way when it comes to what the role of the state should be if any. I do find either extremes of total state control or no state control very worrying though.
Meer lezen
7 mensen vonden dit nuttig
Vertaal recensie in het Nederlands

Rick Caird
5,0 van 5 sterren The State is not your friend
27 december 2016 - Gepubliceerd op Amazon.com
Geverifieerde aankoop
I am someone who is skeptical of the state and convinced that the state is far more interested in itself and those who are a part of the state than of the governed. This book confirms that view and points out how hard the state works to eliminate restraints put upon it and the propensity of the state to expand its powers. Along the way, the state and the governors give no thought to the governed except to evaluate how people will vote.

I will interject current politics here. It appears the Obama not only abstained on the UN vote on the Israeli settlements, but after the resolution was pulled by Egypt, he manipulated some other countries to resurrect the bill so he could make sure the resolution would pass. Did Obama do that when there was a chance he could be punished by voters? Of course not. He waited until after the election so he could get his wishes with no personal repercussions. Did Obama care what the governed thought? Of course not. This is a prime example of how Rothbard views the state and the people who run the government.

This book is for anyone who is skeptical of the state no matter what the form of government may be.

Kenneth DeLong
5,0 van 5 sterren Prepare to take the Red Pill
6 september 2017 - Gepubliceerd op Amazon.com
Geverifieerde aankoop
So many of todays woes can be traced to conflating things that are not the same. The goverment is NOT the same as the country. Governance is NOT the same as the State. Here Rothbard, with his incredibly brilliant mind, tells us exactly what the State IS. And the answer, my friends, is not good. Rothbard traces the history of the state back from its very beginnings, reminds us what the State is not and what it is. He shows how the State always tends to grow in size and power. And the argument is pretty convincing that this is not a good thing.

For anyone pondering any sort of political questions, or wondering about today's government, you need to read this book. As Lew Rockwell says, this book will change you.

Ned D Ferguson
4,0 van 5 sterren We're a messy lot
21 december 2019 - Gepubliceerd op Amazon.com
Geverifieerde aankoop
Rothbard writes, "Of all the numerous forms that governments have taken over the centuries, of all the concepts and institutions that have been tried, none has succeeded in keeping the State in check. The problem of the State is evidently as far from solution as ever."

The state has no real substance in itself. It is a collection of people, and people are basically self serving. To be other serving requires intentionality borne of discipline and love for fellow man, or at the very least, for moral concepts of truth and justice. Thus, at bottom, the solution to the state problem is the same as the solution to the human problem: God, repentance, redemption, forgiveness, the golden rule. Without these things, Hobbes must be right. All secular approaches and solutions are doomed to fail.