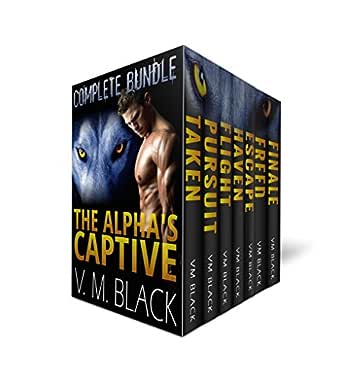 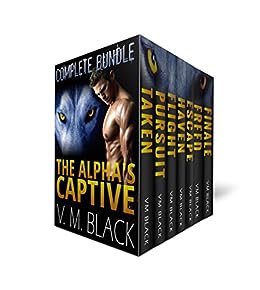 Save 50% on the Complete Bundle

Curvy Harper Bailey's adventure begins when a werewolf biker hijacks her car. But she never would predict where it takes her--on the run, across state lines, into a secret lair, and against a vampire mob boss. But the greatest ride of all is the trip her heart takes with the roguish Levi Harris.

Werewolf Levi Harris has a habit of going off half-cocked and getting into trouble. But this time, the trouble just might prove fatal. He’s stolen a trove of information from a powerful vampire mafia network, and they won’t rest until they get it back—and get revenge. His only chance of survival is to extract the information and put it to use before the bad guys catch up with him.

Curvy bombshell Harper Bailey is a good girl with a weak spot for bad boys. When Levi appears, she thinks her dreams have just rolled up on the back of a motorcycle. Little does she know that he’s about to hijack her car and take her straight into the crossfire. But Levi himself might just prove the greatest danger of all….
click to open popover

B. Seel
3,0 van 5 sterren Just okay for me
17 juni 2015 - Gepubliceerd op Amazon.com
Geverifieerde aankoop
This series was just okay for me. I've read other books by this author, and I didn't enjoy these as much as others. The characters were fun, but I remained uninvolved with them. I'm glad the series was in a bundle like this because each book had what I think was supposed to be a 'cliffhanger" ending, but in reality was just a quick story stop as if the author was only supposed to write a number of pages and then just stopped when that page number was reached.
I didn't like the Kindle format for this bundle. Between each of the stories were samples of other stories by other authors, which was confusing at first and then a distraction.

beckanae
5,0 van 5 sterren Really enjoyed the series
21 april 2017 - Gepubliceerd op Amazon.com
Geverifieerde aankoop
Really enjoyed the series, though I think it could be been a trilogy instead if a series, but that's my preference for longer installations.
Meer lezen
2 mensen vonden dit nuttig
Vertaal recensie in het Nederlands

Cecile
5,0 van 5 sterren To Be Re-read In The Future
20 december 2014 - Gepubliceerd op Amazon.com
Geverifieerde aankoop
I enjoyed this story, and discovered while reading that there were some overlaps in the authors other series. It was interesting to see a different side of a situation from another serial. I hope there are more to this story as it kept my interest and I like reading about Harley and Levi. I liked that Levi was a very human hero despite being a shifter.
Meer lezen
Vertaal recensie in het Nederlands

Amazon Customer
5,0 van 5 sterren The Alpha's Captive Complete Bundle Books 1-7
11 maart 2015 - Gepubliceerd op Amazon.com
Geverifieerde aankoop
Wonderful bundle set! I read the first book in a box set. I liked it so much. I thought I would like to read more of the story. I was not disappointed. I hope my next book will be at least half as good because to me. This was a outstanding set!
Meer lezen
Vertaal recensie in het Nederlands