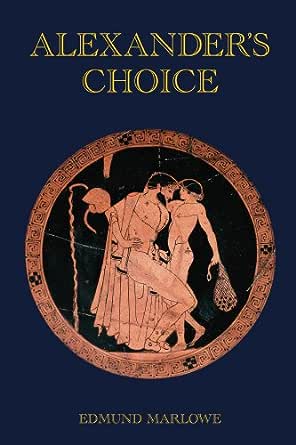 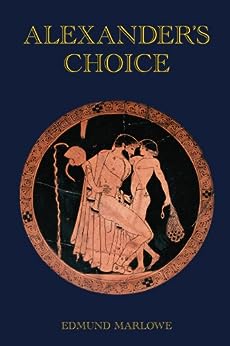 Sweet-natured, intelligent and good-looking, thirteen-year-old aristocrat Alexander Aylmer seems to have everything going for him when he goes to Eton, the prestigious English public school.
Within months, however, tragedy strikes, leaving him vulnerable, heartbroken and increasingly alone, forced to find his own emotional salvation in a world that is effectively uncaring despite its good intentions. The longings recently come with puberty aggravate his turmoil until he sees the solution to them is the key to everything. Two very different people seem to promise help.
Timid Julian Smith, three years older, nurses two secrets he is terrified the other boys might discover: his humble background as the son of a removals man who had saved all his life to send a son to Eton, and his being hopelessly in love with Alexander.
Damian Cavendish, a charming, young English master, is romantically only interested in women. He is conscious though of a special affinity with boys that has brought him to Eton determined to teach and befriend them. He burns too with a longing to find himself badly needed.
By luck and pluck, Alexander finds his way to unsurpassed happiness. But can he really get away with making his own choices as to how, without regard to what society has decided in advance is good for him?
Alternately uplifting and heart-wrenching, and at times erotic, Alexander’s Choice candidly depicts a kind of passionate love the world is averse to recognising. It also reveals unflinchingly the brutal reality that can face a boy trying to have his emotional needs met in a society fallen into frightened confusion about the sexuality of early teens.
Edmund Marlowe, himself an old boy of the school, has in this, his first novel, accurately evoked the idiosyncratic but appealing world of Eton, which carried on in many of its centuries-old ways, but could not protect its own against the new spirit of the 1980s.
click to open popover

First off he says sex between men and boys isn't homosexual sex because boys and men are different, they are different sexes. Then he says this sex that still has no name is the reason Classical Greece had such an impact on forming our Western Culture, much more than much larger Empires, such as the Roman Empire and Empires of the East. Then he proves it with his description of the actual sex between the boy and the man and the good/great effects it had on both.

He calls the bureaucrats that enforce our laws against this kind of sex, fog as well as barbarian pig heads who think they are educated because of the overwhelming reception they get from our uneducated masses he says mirror the masses of the 1930's and 40's in Germany. He says there is no hope for us, we are evil through and through.

I say, there are things that have caused us to be evil through and through and because of that we can change them and thus change our thinking and actions.

You must know the story moves slowly in the beginning. There must be a lot of exposition because of what Edmund Marlowe wants to say. Be patient with him. He will thoroughly engross you in the story. The sex is not added on it is integral to what Marlowe is saying to us.

You will want to read every word on every one of the 416 pages of `Alexander's Choice'.

David Meldrum
4,0 van 5 sterren Edmund Marlowe has a bright future as a writer
7 februari 2013 - Gepubliceerd op Amazon.com
Geverifieerde aankoop
A realistic glimpse into life at Eton College during the conservative 1980s, well written, with identifiable characters and the whole gamut of human experience and emotion, and realistically tragic ending. Made me remember my youth, made me laugh and made me cry.
Meer lezen
8 mensen vonden dit nuttig
Vertaal recensie in het Nederlands

Alistair Young
5,0 van 5 sterren A wonderful story
22 december 2013 - Gepubliceerd op Amazon.com
Geverifieerde aankoop
This novel gives us a unique view of the sexual life of various characters (students and teachers) at Eton some time ago. The character of young Alexander is adorable and this might become a "spoiler" if I write any more. Five stars. Well deserved.
Meer lezen
6 mensen vonden dit nuttig
Vertaal recensie in het Nederlands

The Sexton
5,0 van 5 sterren Athenian Dream
3 oktober 2015 - Gepubliceerd op Amazon.com
Geverifieerde aankoop
Marlowe’s Alexander’s Choice is a beautiful dissector.
In this novel, the history, morality, psychology, and prohibitive contemporary cultural mores of “Greek love” (love of an adult male for an adolescent male) are insightfully analyzed.
It is refreshing to see a well-written heartfelt novel about the “love that dare not speak its name” (as described by Wilde) - a love that has deep roots in the history of western civilization but is unjustifiably considered taboo in the modern west. Alexander’s Choice is about a legitimate and healthy love affair between a school teacher in his early 20s and a 14 year old boy. The setting is a 20th century English boarding school and Marlowe beautifully synthesizes background explanations of Greek tradition with the English setting.
Society, without justification and to the harm of the lovers, is inflexibly opposed to their love. Just as in the case of contemporary reality. Since the conflicts that occur in the story can certainly occur in real life, it is a political work that elucidates the unjust morality of our own time.
My only complaint is the cover. I feel that it’s too straight-forward of an image and that it doesn’t fit with the fact that the novel takes place in an English boarding school and not ancient Greece.
But a fine work and I want to thank Marlowe for being willing to follow his heart and challenge contemporary mores.
----------------
“His head was spinning and he wondered if he was back in the world of his Athenian dream…that of his deepest yearnings being answered beyond what he had considered imaginable in the real world.”
Meer lezen
2 mensen vonden dit nuttig
Vertaal recensie in het Nederlands

Gary Scott
3,0 van 5 sterren this is an engaging and thrilling love story. I found myself interested from the first ...
11 februari 2015 - Gepubliceerd op Amazon.com
Geverifieerde aankoop
I so very much want to give this book five stars and then go on to rave and gush over the experience of having reading it.
Regardless of one's sexuality or age, this is an engaging and thrilling love story. I found myself interested from the first few pages, then completely absorbed into this world and these characters. It got to the point where I would pick the thing up when waking in the middle of the night, just to read a page and a half more before having to give in to sleep again. The author spends (and ultimately misplaces) too much exposition on relatively minor characters, but these are minor bumps in an otherwise well-paved road. Most all characters, major and minor, are very clearly drawn and their actions organic and believable. One aches for students Alexander and Julian to finally fall into each other's arms and consummate their friendship and love. The end of their delicate, quite lovely emotional tango comes as a brutal, but very natural and understandable, shock -- and serves to nicely foreshadow the much more stunning final chapters. Young Alexander's subsequent relationship with handsome "beak" (Professor) Damian is beautifully told. The pair's discovery of each other unfolds gradually and quite sumptuously, as much a meeting of minds and spirits as eventual bodies. Theirs is a sweeping, romantic story that will carry you away, despite taking place almost entirely within the confines of a single, small apartment. Set aside the headlines-stealing pederastic reality if you must and you will find yourself deeply immersed in a classic, very well crafted, love story.
Unfortunately, this wonderful reading experience completely falls apart in the book's final few pages. The main characters are literally ripped away from each other and from us, and relatively minor and largely-neglected character suddenly rises to the fore to abruptly take over the narrative. The character is so non-existent to this point that we dive into pages of exposition -- the very fact that we're doing extensive exposition this late into a novel indicates we are in the hands of a first-time novelist. It turns out that the author has a political point to make, and while this point is a historically-natural and highly relevant one to the story, it is delivered far too last-minute and on-point to be effective. The frustrating thing is that this is a problem that could have been so easily fixed, simply by weaving the content of this last chapter throughout the book instead of stuffing it all suddenly into what feels like an afterthought-of-an-ending. Had I wish the novel's Editor caught this one prior to publication! Such a solution would have woven a quite-relevant political and societal enemy into the story's tapestry, waiting to strike, and it would have provided much more impact to the real story's powerful, moving conclusion.
I would definitely recommend this novel on its many merits. Rip the last chapter away from the book before you begin reading and you will find yourself lost in one hell of a good first novel!
Meer lezen
3 mensen vonden dit nuttig
Vertaal recensie in het Nederlands
Ga naar Amazon.com om alle 28 recensies te bekijken 4,3 van 5 sterren
Terug naar boven
Over ons
Verkoop bij ons
We helpen je graag
© 1996-2020, Amazon.com, Inc. en dochterondernemingen