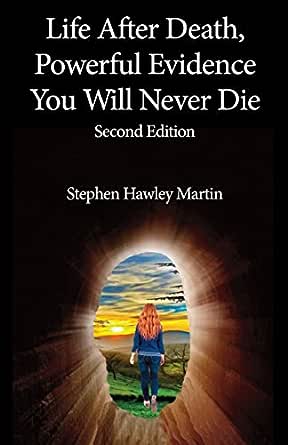 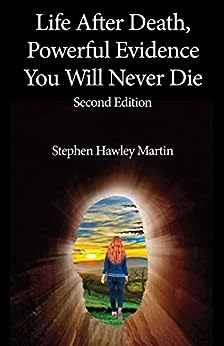 What happens when we die? This new edition of Life After Death adds to powerful evidence consciousness continues the author presented in his 2015 release. He spent two years gathering information that demonstrates this and along the way interviewed more than a hundred experts in a number of different fields. Among them were parapsychologists, medical doctors, psychologists, psychiatrists, quantum physicists, and researchers into the true nature of reality.

Specific examples are presented that indicate what happens when we die, for example that memories can be formed and retained despite a subject’s brain having been shutdown and the blood drained from it. Questions such as whether or not you will be able to communicate with living loved ones after death are addressed, if it is possible to be reborn, and what might be missing from reproductive theory to explain the various phenomena indicated in the many case histories and scientific investigations presented.

All of us will someday cross the border to what Shakespeare called "The undiscovered country." As long as we must make that trip, wouldn’t it be smart to find out where we are going and what to expect when we get there?
click to open popover

NICOLE RYAN
5,0 van 5 sterren Amazing
16 juli 2017 - Gepubliceerd op Amazon.com
Geverifieerde aankoop
I couldn't put this book down. I'm 34 years old with no major health issues and have been recently dealing with a lot of anxiety over death and dying. I'm still trying to figure out exactly what part of the process causes the most anxiety but I think this book has really opened some doors for further research for my issues personally. I've always been open minded about what happens after death even being a very science minded person. That being said I've been very conflicted with the religious aspect of it all. I am on love with how the connection is made between science and religion in a research supported way.
Meer lezen
29 mensen vonden dit nuttig
Vertaal recensie in het Nederlands

Michael W. C.
2,0 van 5 sterren Not Very Convincing
2 december 2018 - Gepubliceerd op Amazon.com
Geverifieerde aankoop
In the sample and early part of the book, the author made some passing references to quantum physics/mechanics giving me some hope that truly scientific methods would be cited and explained regarding the age-old questions about life after death. However, the book soon became loaded with anecdotal tales and what I consider ambiguous results of so-called scientific studies re reincarnation, near-death experiences, etc. Some of the tales are interesting, but not convincing. If you are looking for truly convincing evidence, you will, in my opinion be disappointed. The book also suffers from a lack of careful editing with typos, missing words, etc. somewhat distracting.
Meer lezen
13 mensen vonden dit nuttig
Vertaal recensie in het Nederlands

Alan Halverson
5,0 van 5 sterren A must read regarding the Afterlife
5 april 2017 - Gepubliceerd op Amazon.com
Geverifieerde aankoop
If you only read one book about the Afterlife, I highly recommend this one.
It’s an extensive research project and is quite understandable for the average reader to discover how consciousness is completely separate from our physical brain processes as evidenced by many who have described their own personal experiences.
It is a non-fiction publication that describes how science and some religions are gradually coming together in playing their separate roles trying to understand what actually happens at the time of physical death.
It’s all good news since so many things that science is still too rigid to explore and religions are too afraid and close minded to consider can be logically tied together.
I thank the author for writing this work.
It has reaffirmed things I was previously aware of yet gave me a renewed assurance of my link to the Universal Mind of One that we are all connected to.
Logic is used to show how we each have free will to make all of our choices and learn from all our mistakes and accomplishments during each lifetime.
It reveals how we are not judged by God, but evolve spiritually to make better choices the next go around.

sandy
4,0 van 5 sterren A good, broad tie-in to the truth
10 februari 2019 - Gepubliceerd op Amazon.com
Geverifieerde aankoop
I've read a lot on the subjects of NDEs, OBEs, reincarnation, and dying. The author of this book references many of the books I've read, and many I haven't, and ties the main ideas together in a conversational voice that often relays important ideas and truths that may be understated in the books he references. For example, the author says that it's never too late to make amends, even if the being is already dead. He also says that it's never too late to get started on a personal passion, because, even if you don't find success in this life, you will be learning the basics so that in your next life this passion will come to you much easier, and potentially sooner. There are many more positive suggestions throughout the book.

I only gave the book four stars instead of five because an editor should have been used before publishing this book. "Roll" when "role" was meant, "fair" when "fare" was intended . . . an editor would have caught these and some of the other editing issues. There aren't too many, though, and the subject matter, as well as the author's takeaway on it, is worth the read.
Meer lezen
8 mensen vonden dit nuttig
Vertaal recensie in het Nederlands