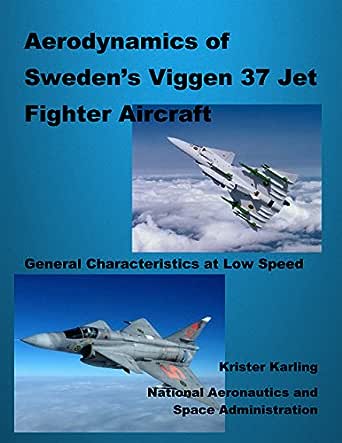 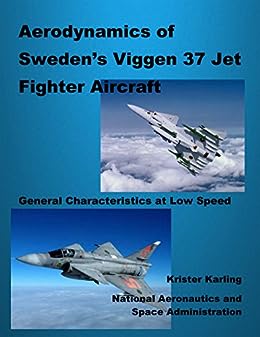 A description of the aerodynamics of the Viggen 37 and its performances, especially at low speeds is presented. The aerodynamic requirements for the design of the Viggen 37 aircraft are given, including the basic design, performance requirement, and aerodynamic characteristics, static and dynamic load test results and flight test results. The Viggen 37 aircraft is designed to be used for air attack, surveillance, pursuit, and training applications. It is shown that this aircraft is suitable for short runways, and has good maneuvering, acceleration, and climbing characteristics. The design objectives for this aircraft were met by utilizing the effect produced by the interference between two triangular wings, positioned in tandem.
The Saab 37 Viggen ("Thunderbolt") is a Swedish single-seat, single-engine, short-medium range combat aircraft. It was the first canard design produced in quantity. Several distinctive variants were produced to perform the roles of strike fighter (AJ 37), aerial reconnaissance (SF 37), maritime patrol aircraft (SH 37) and a two-seat trainer. In the late 1970s the all-weather fighter-interceptor aircraft JA 37 was added.
Translation into English of the book ""Flygplan 37:s Aerodynamik - Part 1: Allmaent egenskaper vid Laaga Farter'' Linkoeping, Sweden, SAAB-Scania,
145 pages; dozens of drawings, technical illustrations and charts.
This is a Print Replica that maintains the formatting and layout of the original edition and offers many of the advantages of standard Kindle books.