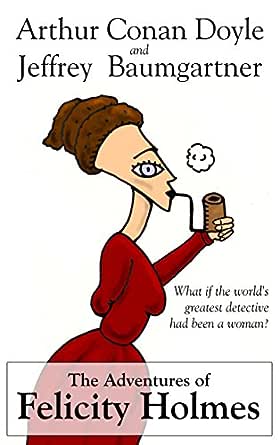 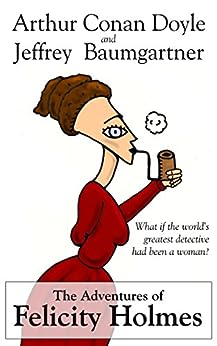 A while ago, I began wondering how the Sherlock Holmes stories would read if the famous fictional detective and his sidekick had been women. Fortunately, the stories from The Adventures of Sherlock Holmes have been in the public domain for some time now. So, it was a simple matter to rewrite a few of them to feature a detective Felicity Holmes and her friend Dr Elizabeth Watson. I was pleased with the results as were my friends with whom I shared the new stories. So, I decided to rewrite all twelve adventures from the book in order to create The Adventures of Felicity Holmes.

This act of literature hacking was more challenging than it might seem. Women in Victorian era Britain were not expected to be educated professionals. In the middle and upper classes, they were expected to marry, bear children and manage the servants. Indeed, from my studies, it would have been impossible for a woman to get a medical degree in Britain at the time. Hence, Dr Elizabeth Watson had to study medicine in Paris, which was more liberal then.

I also had to make some decisions about how masculine I would allow Felicity and Elizabeth to behave. Smoking a pipe seemed inappropriate, but cigarettes seemed reasonable. Claret seems more ladylike than whiskey. Fortunately, the rational dress reform of the 1880s allowed – sort of – the two women to wear clothes compatible with private investigation.

As a result, a number of the details have been changed to create believable characters who could plausibly exist towards the end of 19th century. But the stories themselves and the detective's methods of solving mysteries are unchanged from the originals.

MtnMann
4,0 van 5 sterren Sherlock with a twist - great way to reread the old adventures
14 november 2016 - Gepubliceerd op Amazon.com
Geverifieerde aankoop
I wasn't sure how I would like the "tweaking" of Sherlock Holmes into Felicity Holmes. Turns out, it makes enough interesting changes to the character to really intrigue the reader. I've thoroughly enjoyed the stories I've read so far, Sherlock with that twist of looking at the old adventures from the women's point of view, and the 19th century man's point of view. I'm quite looking forward to reading the rest of the stories... I had bought the kindle version of the complete works of Sherlock Holmes over 2 years ago and I hadn't reread anything. Now I am reading a Felicity Holmes stories at least once a week
Meer lezen
Vertaal recensie in het Nederlands
Ga naar Amazon.com om alle 1 recensies te bekijken 4,0 van 5 sterren
Terug naar boven
Over ons
Verkoop bij ons
We helpen je graag
© 1996-2020, Amazon.com, Inc. en dochterondernemingen