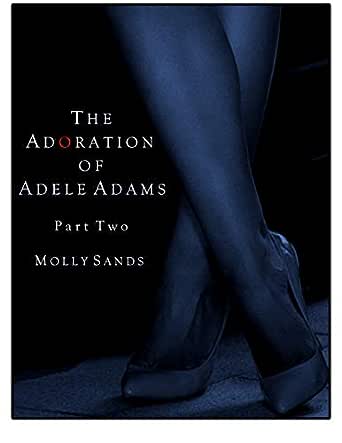 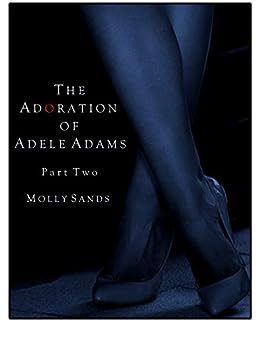 'Look at me,' she said, sensing his shame, and wanting to deepen it.

Joseph has accepted that Adele has a lover, but now she wants to bring Laurent home with her. Joseph knows it's a step too far, and the prospect terrifies him, but how can he stop her now she's taken such absolute control of their marriage? -

‘You’re doing it,’ she said, unable to keep the surprise from her voice. ‘You’re really doing it.’

He lifted his head to speak, a lost, dreamy look in his eyes, but she instantly scolded him for his presumption.

‘Eyes down and keep quiet,’ she commanded him. ‘I’ll tell you when you can look at me or speak. I made that perfectly clear in my text.’

Immediately Joseph lowered his gaze, and remained silently on all fours at his wife’s feet gazing at her shapely ankles and neat little high-heeled shoes. He felt indescribably foolish, and yet he experienced a delight that verged on spiritual joy, a delight that had flared inside him the moment he’d read her text. Being forbidden to speak had removed the compulsion to stand up for himself, to ‘be a man,’ and what remained of his pride dissolved like mist, sending him into a submissive rapture that thrilled him to the depths of his being. A strange energy pulsed inside him, making him feel like some supernatural creature, a sprite or catamite, the prisoner of a beautiful witch. It was as if his life as an ordinary man had ended and been replaced by an entirely new existence.

Adele stood looking down on Joseph, letting her arousal grow along with her desire to impose her authority over him even more fiercely. A part of her felt truly contemptuous of his weakness - how could he expect her to respect him when he gave in to her so easily? And yet the contempt she felt for her husband set off a delightful fluttering in the pit of her stomach that made her recall the dreams of flying she’d experienced as a child.

Sunlight filled with motes of dust streamed in from the little stained-glass window above the door. The light fell on Joseph’s pale skin and long, shining hair, blessing him, giving him the look of a holy supplicant. From outside they heard the sound of traffic, and of footsteps passing the house. The brisk clip of a woman’s high-heeled shoes came and went, delighting their overheated senses. Every now and then they heard indistinct chatter, and wondered what these strangers would think if they knew what was happening just behind the walls of the ordinary looking house they were passing. Did other people behave like this? Did other husbands and wives dare to release the demons of sex and power into their marriages?

‘Now that you’re down there,’ said Adele, putting the contempt she felt for him into her voice, and sliding her foot closer to his bowed head, ’I suppose you’d better kiss my shoe, hadn’t you?’