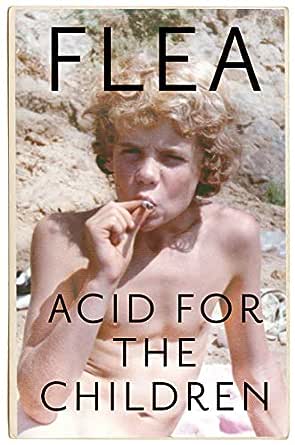 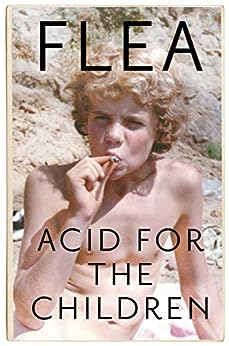 Flea, the iconic bassist and co-founder, alongside Anthony Kiedis, of the immortal Red Hot Chili Peppers finally tells his fascinating origin story, complete with all the dizzying highs and the gutter lows you'd expect from an LA street rat turned world-famous rock star.

Michael Peter Balzary was born in Melbourne, Australia, on October 16, 1962. His more famous stage name, Flea, and his wild ride as the renowned bass player for the Red Hot Chili Peppers was in a far and distant future. Little Michael from Oz moved with his very conservative, very normal family to Westchester, New York, where life as he knew it was soon turned upside down. His parents split up and he and his sister moved into the home of his mother's free-wheeling, jazz musician boyfriend - trading in rules, stability, and barbecues for bohemian values, wildness, and Sunday afternoon jazz parties where booze, weed, and music flowed in equal measure. There began Michael's life-long journey to channel all the frustration, loneliness, love, and joy he felt into incredible rhythm.

When Michael's family moved to Los Angeles in 1972, his home situation was rockier than ever. He sought out a sense of belonging elsewhere, spending most of his days partying, playing basketball, and committing petty crimes. At Fairfax High School, he met another social outcast, Anthony Kiedis, who quickly became his soul brother, the yin to his yang, his partner in mischief. Michael joined some bands, fell in love with performing, and honed his skills. But it wasn't until the night when Anthony, excited after catching a Grandmaster Flash concert, suggested they start their own band that he is handed the magic key to the cosmic kingdom.

Acid for the Children is as raw, entertaining and wildly unpredictable as its author. It's both a tenderly evocative coming of age story and a raucous love letter to the power of music and creativity.

*WITH AN ORIGINAL POEM FROM PATTI SMITH*

'Flea creates a rhythm for his prose as curt and distinct as his bass playing.' Jim Farber, The Guardian

'He writes in Beat Generation bursts and epiphanies... You'll put down Acid for the Children with your human sympathies expanded; you'll feel less alone.' The Atlantic

The strange tale of a boy named Flea starts in Rye, NY. It was all very normal. But soon his parents divorced and his mother Patricia remarried a jazz musician. Flea's stepfather frequently invited musicians to his house for jam sessions which sparked Flea's interest in music. The family moved to Los Angeles, where Flea became fascinated with the trumpet, idolizing musicians like Miles, Dizzy, and Louis.

But the family soon fell apart, "I was raised in a very violent, alcoholic household," Flea later said. "I grew up being terrified of my parents, particularly my father figures. It caused [me] a lot of trouble later in life." He began smoking weed at 13, and became a daily user of harder drugs. He was on the streets by 14 and soon after, met another social outcast and drug user named Anthony Kiedis. They form a band that would become the Red Hot Chili Peppers.

ACID FOR THE CHILDREN is pure, uncut Flea, with nothing left unsaid.
click to open popover

MomReaderShopperNJ
5,0 van 5 sterren A chaotic and tender journey of vulnerability.
12 november 2019 - Gepubliceerd op Amazon.com
Geverifieerde aankoop
A chaotic and tender journey of vulnerability, this book is beautifully real, honest, and self-depreciating at times. Reading this is akin to seeing Flea on stage - frenetic energy, alive with originality and the pulse of his creativity. He is unabashedly and introspectively himself in this memoir. There were moments I had to step back from reading, to stop, absorb, and sit with some of his philosophical insights, and other times I was reeling from the crazy antics he takes the reader along on. This is a tale of survival and creativity and needing and wanting and yearning and living and taking and giving. I wish I could hug that lost little boy who so needed it way back when. A great book for fans of RHCP of course, but also for lovers of all music, rock and roll, the arts scene, punk rock, and especially for outsiders and those who love them, as well as anyone driven by a creative spirit.
Meer lezen
18 mensen vonden dit nuttig
Vertaal recensie in het Nederlands

Tom Byers
3,0 van 5 sterren Meh...what’s there is good
12 november 2019 - Gepubliceerd op Amazon.com
Geverifieerde aankoop
Was a little surprised and disappointed that the book only covers up to just before the beginning of the RHCP. Expected more.
Meer lezen
16 mensen vonden dit nuttig
Vertaal recensie in het Nederlands

Dyomar
3,0 van 5 sterren A mixed bag of youthful vignettes
10 november 2019 - Gepubliceerd op Amazon.com
Geverifieerde aankoop
Flea writes about his childhood prior to RHCP's formation. Some of these vignettes are moving, like his formative first encounters with live jazz music. Other stories, like his job as a yearbook photographer, are banal and forgettable. I wound up skimming through much of it.
Meer lezen
10 mensen vonden dit nuttig
Vertaal recensie in het Nederlands

SuzLopez
5,0 van 5 sterren Relating to a childhood
17 november 2019 - Gepubliceerd op Amazon.com
Geverifieerde aankoop
Initially gave it a four,, Flea was lucky to survive his drug usage, and got tiresome to read right at the end (ok, I get. I'm lucky (blessed) too!
I grew up in the same era in LA (SF Valley, then SG Valley), and felt "disconnected" for different reasons;
"I'm not white" then "I moved from a white neighborhood to a segregated one" etc.

The constant seeking for rescue from the shame in my head, and the constant evolving love of music I all related to. In the end it really is a five, it kept me engaged. And lived that his insanity made me laugh out loud while sitting in a quiet plane waiting for take off.