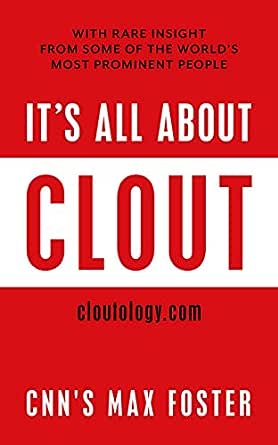 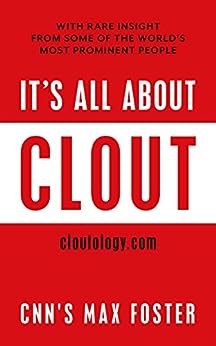 Can you walk in a room and own it? Do you have clout?
CNN anchor and reporter, Max Foster, has had unique and privileged access to many of the world’s most prominent people and he has identified what he thinks they have in common.
In this quick-read, you will discover:
•How Donald Trump, Queen Elizabeth II, Steve Jobs and others acquired their clout.
•Fascinating behind-the-scenes insights into how they maximise that clout.
•The 6 ingredients you need to develop your own clout.

Excerpt on Donald Trump:
'I pretended not to watch but could see his red ‘Make America Great Again’ cap bobbing around in the corner of my eye. Then, I felt it coming towards me and, before I knew it, he was leaning over my armchair. "I hear you’ve been waiting to speak to me."
On The Queen:
'After the picture was taken, President Obama escorted her down the steps as if he were a member of her staff and President Putin of Russia allowed them to go ahead.'
On Meghan Markle:
'It was a clear statement of intent from Markle that she wasn’t going to stop having opinions just because she was joining the most famous family in the world.'
On Steve Jobs:
'I usually have to warm my guests up before an interview but Jobs was straight in there, eyes locked on mine. It wasn’t intimidating – more of a charm offensive, and I have to say it worked.'
On people with clout
'I assumed people with clout are driven by hope. They know what they want and strive towards it. Now I think it’s as much about their fear.'
click to open popover

AC
3,0 van 5 sterren Interesting point of view
27 augustus 2018 - Gepubliceerd op Amazon.com
Geverifieerde aankoop
Since this was a free read, I indulged. Unfortunately, I believe I missed the point of the author's short tales of meeting or interviewing of famous or influential people. It was well written and a quick easy read, but more reminiscent of notes taken for research thrown together for a paper, with very little to explain the purpose or introduce a theme. If you enjoy reading brief tales of interactions witn well known public figures, you will likely enjoy this. The author does offer a rare and refreshingly unique point of view. I would not be surprised to see great reads from future publications.
Meer lezen
Een iemand vond dit nuttig
Vertaal recensie in het Nederlands