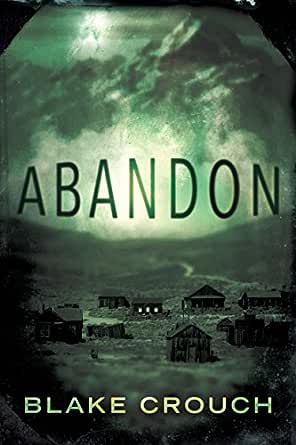 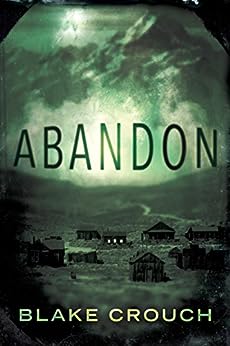 "Brilliant...the surprises begin early and continue until the very last page. But Abandon is not merely an exciting thriller with a terrific plot and gangbuster ending; the writing here sings; the characters live; and the universal themes of greed and evil resonate long after the final sentence." --John Lescroart

"Written with the breathless grace of a Western sunset, Abandon is more than a nonstop thriller--it's a riveting morality tale that will haunt you well past the final pages. Evocative, impassioned, and damn near impossible to put down." --Marcus Sakey

On Christmas Day in 1893, every man, woman, and child in a remote gold-mining town disappeared, belongings forsaken, meals left to freeze in vacant cabins—and not a single bone was ever found.

One hundred sixteen years later, two backcountry guides are hired by a history professor and his journalist daughter to lead them to the abandoned mining town so they can learn what happened. Recently, a similar party had also attempted to explore the town and was never heard from again. Now the area is believed to be haunted. This crew is about to discover, twenty miles from civilization with a blizzard bearing down, that they are not alone, and the past is very much alive.

Marsha
1,0 van 5 sterren Wish I hadn't read this book
8 augustus 2017 - Gepubliceerd op Amazon.com
Geverifieerde aankoop
The writing was good, the story suspenseful and hard to stop reading. But most of the characters were either pathetic or cruel. Terrible things kept happening, and any sliver of hope for the good people was quickly destroyed by vicious men. I guess the writer's purpose was to inflict misery on both the characters and the reader. Utterly depressing and more gruesome than anything I have read. I hope I can forget it

Don't be drawn in by the mysterious plot and promise of some paranormal encounters. All too soon the blood and gore and graphic accounts of suffering will begin and intensify. So much MISERY.

Tumbleweeds
3,0 van 5 sterren What Happened in 1893 in Abandon?
6 juni 2013 - Gepubliceerd op Amazon.com
Geverifieerde aankoop
I liked this book well enough, but wouldn't go out of my way to buy more from this author and I'm glad that I got it for free. It was hard to really sympathize with any character in the book, as they were all greedy or pathetic in one way or another, and apart from being quite wooden, they just weren't very likeable. The author also stretched credibility when one character had his ankle "all busted up," but was able to go hiking after a few minutes, another one donning a backpack and hiking for 20 miles soon after being stabbed in the gut and left for dead, and yet another one with an injured tailbone who was able to take a 20+ mile hike out of the woods, most of it at a dead run.

The plot was a good one, though I didn't like how the story kept jumping from the original inhabitants to the modern day - it was distracting, and without good character development, it was hard to remember who the characters were or what the situation was without referring back to an earlier chapter. As another reviewer pointed out, much of the language used by the pioneers was difficult to follow. Not even Webster's dictionary lists the word "shadowgee," though it was used many times in the book without ever being clearly defined.

All that notwithstanding, it was entertaining to read and deserving of 3 1/2 stars. Those who enjoy Clive Cussler would enjoy this book, too. I just wish that the author had taken more time to polish his writing and work more on the character development. It's so much more interesting when the reader can really "connect" with the characters. The ending was a bit far-fetched, as well. Still worth a read if you're in the airport and needing some escape fiction that isn't too deep.

Please, if you give me a negative vote on this review, leave me a comment and let me know why. I try to make my reviews helpful to those who are considering purchasing this book and feedback is appreciated.

John
3,0 van 5 sterren Some readers will love this story!
1 oktober 2017 - Gepubliceerd op Amazon.com
Geverifieerde aankoop
The description of the book sucked me in - thinking that the townspeople that suddenly disappeared without a trace on Christmas Eve were either kidnapped by space aliens or were whisked into another sci-fi dimension. I also thought the story might mimic the disappearance of all the early settlers in that east coast community and shed some light on what happened to them. Wrong on all accounts.

The way the author kept jumping back and forth between 1893 and 2009 was confusing in parts because I'd forget who that person in the new scene might be since they all seemed to be minor characters - wooden soldiers so to speak. I didn't know if they were good, bad, or what their strengths and weaknesses might be. The mystery is solved when reaching 3/4 of the story and then shifts to a whole new storyline (a quest for gold). That's when the story began to drag in both century storylines.

I've never been in the mountains during the winter months and would have thought that moving around in hip deep snow would be quite difficult, and travelling 20 miles or more in a day - even after one character almost destroys an ankle, another had cracked a tailbone, and lastly, a character knifed in the stomach and slowly dying would be impossible and unheard of..

I would have thought that the story would have flowed much better had it been written similar to what Clive Cussler does...start out in 1893 and continuing that storyline until the end. Then the second part of the book would follow with the telling of the modern day expedition and the final outcome. Much of the repetition would be eliminated and the deleted space could be used, instead, to fully flesh out the characters, and giving readers a character to like and cheer on, or to hate and hope it's killed off soon.

The story held my interest for the most part, but I had to fight to finish the last quarter of the book. If there is a sequel to this tale, I don't think I'll be reading it.

TinaD.
1,0 van 5 sterren If you're a hiking fan, you'll love this book
13 april 2018 - Gepubliceerd op Amazon.com
Geverifieerde aankoop
This book is terrible. I finished the whole thing, though. The women characters fall into 2 categories: victims and sluts. The "c" word gets dropped. The "bad guys" are stock characters; he even has the requisite big, terrifying black man who, of course, speaks as though he grew up in Compton, even though the novel is set in Colorado. The only time the author doesn't fall back on stereotypes is when he writes about hiking. He lovingly describes the equipment in detail, which was lost on me because I'm a happy city girl. So if you like hiking with a murder chasers, this one's for you. If not, give it a hard pass.
Meer lezen
34 mensen vonden dit nuttig
Vertaal recensie in het Nederlands
Ga naar Amazon.com om alle 4.111 recensies te bekijken 4,0 van 5 sterren
Ontdek het beste van shopping en entertainment
Gratis en snelle bezorging van miljoenen producten, onbeperkt streamen van exclusieve series, films en meer
> Ontdek Prime
Terug naar boven
Over ons
Verkoop bij ons
Amazon-betaalmethoden
We helpen je graag
© 1996-2020, Amazon.com, Inc. en dochterondernemingen