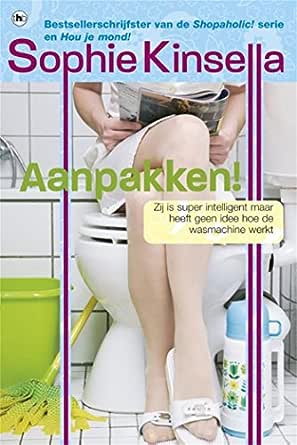 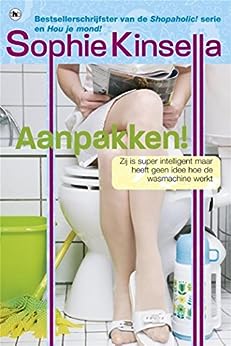 Susie Staplehurst
4,0 van 5 sterren A surprising find
19 juli 2017 - Gepubliceerd op Amazon.com
Can I just say how surprised I was with this book? I’ve never read any of Kinsela’s works before and it was, for me, a bit of a sidestep from my usual reading, as I usually avoid chick-lit like the plague (giggling gaggles of girls? No thanks). So, yes, this was a surprise for me in many ways. You have the lead character, Samantha, who’s just had a mini-breakdown after finding out she’d made a mistake, when she never makes a mistake! She does her fair-share of typically “girly” things, like over admiring the gardener after he takes his shirt off, unable to keep her concentration when things go awry or when this “sexy” gardener is about… She’s highly intelligent, but in a numerical way, not a mechanical way, so give her a machine that’s not a computer and it might as well be a rocket ship! But she learns, she puts her wits to the new tasks that have suddenly landed in her lap, after suddenly accidentally finding herself as a housekeeper… Here her intelligence shines through, in the speed in which she picks up the new tasks. Yet all her cool and composure from before, when she was able to manage high-level contracts and negotiate deals, has disappeared in the presence of this gardener who she finds a connection with through all the chaos.

It’s seeing her, when she needs to have composure, going into a tizzy when she realises things aren’t going as she wanted. She is clever enough to understand the true purpose of life, yet through all her wits it takes her a remarkable amount of time to see the obvious. It’s these bits, in my mind, that make the whole story somewhat silly, yet the comedic value of the events and the eventual outcome make them, unfortunately, almost a necessity.

The story as a whole is actually quite good, how it all connects together and ends with a wonderful HEA. I would so love to see what the couple get up to next, if Samantha’s past ever decides to try and catch up to her again, if they do settle down and find a common goal, if Samantha can use her business wits in another setting. Unfortunately, though, it appears that their story ends there…

I do plan, though, to read the book again in the original English (I don’t normally read translations of books originally written in English, but this one was a gift, so why not?), so we’ll see where they’ve gotten to then!