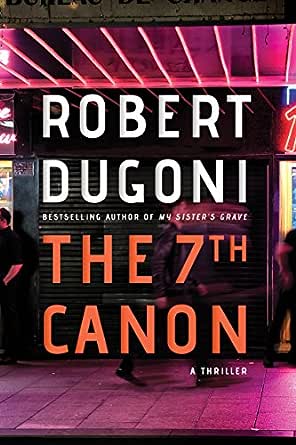 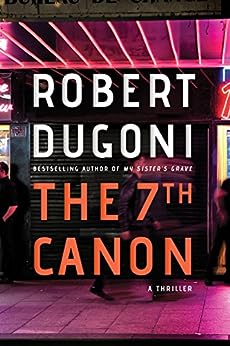 In San Francisco’s seamy Tenderloin district, a teenage street hustler has been murdered in a shelter for boys. And the dedicated priest who runs the struggling home stands accused. But despite damning evidence that he’s a killer—and worse—Father Thomas Martin stands by his innocence. And attorney Peter Donley stands with him.

For three years Donley has cut his legal teeth in his uncle’s tiny, no-frills firm, where people come before profits. Just as Donley is poised to move on to a lucrative dream job, the shocking case lands in his lap, and he must put his future on hold while putting his courtroom skills to the test. But a ruthless DA seeking headlines and a brutal homicide cop bent on vengeance have their own agendas. Now, as he unearths the dirty secrets surrounding the case, Donley must risk his neck to save his client’s life…and expose the face of true evil.

Bill Weinberger
4,0 van 5 sterren Dugoni can flat out write
27 september 2016 - Gepubliceerd op Amazon.com
Geverifieerde aankoop
I have no idea how good this book was when he wrote the first draft in 1996. But he's had twenty years to polish his craft and it shows here. The plot is intricate. The setting, characters and mystery are all intriguing and troubling. The prose is crisp and clear and engaging. There is a lot going on. But nothing is extraneous.

The setting is a seedy neighborhood in San Francisco thirty years ago. A boy is murdered in a flophouse run by a priest with a shady past. The priest discovers the body and the police immediately charge him with the crime. The evidence seems overwhelming. Almost as quickly, Peter Donley, a young lawyer working for his uncle, finds himself drafted as the priest's defense attorney, dropped into the deep end of the pool on his first criminal case when his uncle is sidelined with a heart attack. It would not be a wise career move for Donley to keep the case. But he finds himself drawn in and we are off on a harrowing ride.

And I mean harrowing. Dugoni is not kind to his characters. They come with complicated backstories and are weighed down with emotional baggage. The good guys make bad decisions. And the bad guys are the heroes of their own stories. There is cost for everything and the piper is always paid in full. This book is not for the squeamish. But I recommend it for readers that can handle it.

Disclosure: Thank you to Netgalley and Thomas & Mercer for providing a free copy of this book in return for my honest review

Patty N.
5,0 van 5 sterren A Thrill Ride From Beginning to End
27 september 2016 - Gepubliceerd op Amazon.com
Geverifieerde aankoop
Robert Dugoni is a master storyteller who spins tales with many twists and turns from the first word until the very end that the reader will find it difficult to put the book down. In his latest masterpiece “The 7th Canon,” Peter Donley is a third-year lawyer working for his Uncle Lou when tragedy strikes and he is forced into a case that he is unprepared to take on. With the help of seasoned detective Frank Ross, Peter begins to navigate the underbelly of the Tenderloin District in San Francisco in order to defend a priest who has been charged with a heinous crime. Mr. Dugoni has created a fast-paced edge of your seat thrill ride for new readers as well as his die hard fans. I was given this book to read by the author in exchange for an honest review.
Meer lezen
27 mensen vonden dit nuttig
Vertaal recensie in het Nederlands

Gail Matelson
4,0 van 5 sterren A Good Read
1 mei 2017 - Gepubliceerd op Amazon.com
Geverifieerde aankoop
This is the first time I followed along on my kindle book while I listened to the audible version. It was an enjoyable and relaxing way to hear the story. This was also my first Dugoni book. It's a standalone and that worked for me. I don't venture towards series books because of the commitment to read them in order, and the need to read a book that might not be so good in order to get to a book that may be great. So, I haven't read his well-reviewed series yet. However, I really enjoyed this book. I enjoy Dugoni's knowledge of procedure and I think his use of description is excellent. His metaphors are good and the description doesn't run on... just enough. The only reason I declined to give the book 5 stars was my irritation at the last quarter of the book. Not the ending... that was good. But there were certain actions that weren't credible, and from reading other dugoni book reviews, this may be a flaw of his... not enough to dissuade of from reading his good books however. When hero's go into ridiculously dangerous scenarios without backup, I begin to cringe. The author explains away this behavior, but then, seconds later, it is repeated. All in all, a good read.
Meer lezen
13 mensen vonden dit nuttig
Vertaal recensie in het Nederlands

Smokey
4,0 van 5 sterren Very Nice! Recommended Thriller Read
4 oktober 2016 - Gepubliceerd op Amazon.com
Geverifieerde aankoop
Set in 1987 in San Francisco, The 7th Canon features lawyer Peter Donley, who undertakes his first criminal case when Father Thomas Martin is arrested for the murder of a teenager found dead at the boys' shelter Martin founded and operates. In the normal course of events, Donley's uncle Lou would be representing the Father, but he is in the hospital after suffering a severe stroke and heart attack. When Father Martin pleads not guilty to the murder, Donely finds himself believing in his client's innocence and sets out to prove someone else is guilty. He joins forces with former police detective Frank Ross, and the two of them go after the truth. Ruthless men with interests in the case intend to stop them.

Dugoni is a talented thriller writer. The novel moves quickly, with lots of physical action, suspense, and courtroom drama and legal maneuvering. The family backgrounds of both Ross and Donely contribute to the complexity of the novel and generate sympathy for the characters. It is especially interesting to read a book set in 1987 when cellphones, computers and the Internet make investigating more difficult and characters cannot call for help the moment they face danger. It's also fun when one of the minor characters predicts the importance of technology.
Meer lezen
23 mensen vonden dit nuttig
Vertaal recensie in het Nederlands

Dugoni mentions in his acknowledgement that this was an older manuscript and it has had many rewrites. I think these rewrites may have caused a few minor hiccups, but nothing that really detracted from the book. Perhaps it was a mix of earlier, more inexperienced writing with Dugoni's current, more polished style.

Some characters were on a first name basis and others were last name. Throughout the book, the main character, Peter Donley, is mostly referred to as Donley. Frank Ross is an investigator for Donley's uncle, and he is usually referred to by his full name. I think I would have felt closer to these characters if first names had been used instead.

So, those were minor quibbles on my part. The book is good. It's set in 1987. You know, before cell phones, computers, and DNA. I liked the characters, especially Father Tom. There is an underlying theme of fatherhood here, good fathers, abusive fathers, overbearing fathers, and their sons who feel guilty, or robbed, or intimidated. That theme is overlaid with a killing, an arrest, and subsequent legal wrangling which makes for an enjoyable read.
Meer lezen
9 mensen vonden dit nuttig
Vertaal recensie in het Nederlands
Ga naar Amazon.com om alle 1.443 recensies te bekijken 4,5 van 5 sterren
Terug naar boven
Over ons
Verkoop bij ons
We helpen je graag
© 1996-2020, Amazon.com, Inc. en dochterondernemingen