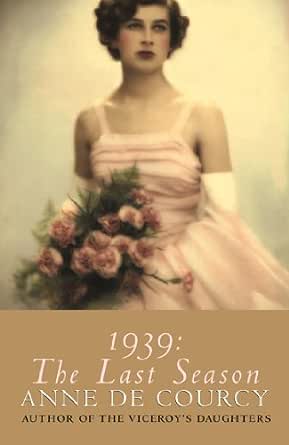 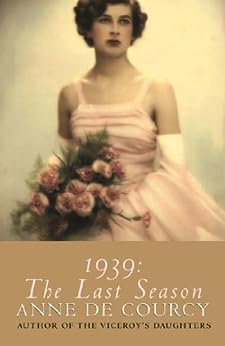 A wonderful portrait of British upper-class life in the Season of 1939 - the last before the Second World War.

The Season of 1939 brought all those 'in Society' to London. The young debutante daughters of the upper classes were presented to the King and Queen to mark their acceptance into the new adult world of their parents. They sparkled their way through a succession of balls and parties and sporting events.

The Season brought together influential people not only from Society but also from Government at the various events of the social calendar. Prime Minister Neville Chamberlain chaperoned his debutante niece to weekend house parties; Lord Halifax, the Foreign Secretary, lunched with the Headmaster of Eton; Cabinet Ministers encountered foreign Ambassadors at balls in the houses of the great hostesses. As the hot summer drew on, the newspapers filled with ever more ominous reports of the relentless progress towards war. There was nothing to do but wait - and dance. The last season of peace was nearly over.

hola
3,0 van 5 sterren A study in contrasts: debutantes & soldiers
7 april 2013 - Gepubliceerd op Amazon.com
Geverifieerde aankoop
There are two books with the title 'The Last Season', this one, and one by Angela Lambert; both of them explore "The Season" in 1939 - the last social season before WW2 in Great Britain. This book alternates chapters between the political machinations going on to prevent the war, with chapters dedicated to the social activities of the aristocratic upper class which were occurring simultaneously. From my reading - this contrast is purposeful, but differences between the desperate efforts to avoid war and the frivolous activities surrounding the season are not written evocatively enough to give this book the weight such a dichotomy could provide. De Courcy makes interesting selections in her social activities: e.g. highlighting things like the Eton/Harrow cricket match, Ascot, and what was required to actually be 'presented' to the King & Queen. Her political focus is mainly on the Prime Minister and his problems, along with the issues the UK faced in trying to get ready for a war most hoped would never happen.
Because of the anecdotal nature of her book - the reader doesn't ever get an in-depth understanding of any of the events she portrays, whether social or political. It's almost like a dim sum lunch, tasty, but not all that nourishing. There are several sections of photographs, but not all of the pictures seem applicable to the stories being told, with some of them almost confusing - as though she included photographs just because she had access to them, and not because they contributed much, if anything, to the understanding of the stories she was telling. The book is a quick read, and fairly easy because one can put the book down for a period and not have to worry about forgetting what went on before.
The author does include bits that are not all that well known today (the sinking of the submarine, Thetis, e.g.) and her descriptions of the various events are well done. I can recommend the book for readers who want an idea of what it was like during this brief period (it covers less than one year in time), but for those with a serious interest in pre-war Britain, there are much more comprehensive books available. There are also better books regarding the social activities she covers, but for a quick overview of each, this book will fill the bill (so to write).

Suzanne Williams
3,0 van 5 sterren Chatty telling of political and social life in the months leading up to WWII
1 augustus 2019 - Gepubliceerd op Amazon.com
Geverifieerde aankoop
The photo reproduction is not very good. The photos are bunched together without relationship to the text (nor does the text refer to the photos). For example I would have liked a larger, better exposed photo of the Royal Box and have it placed where the author writes about the event. I expected the book to be more about English society's last season and not so much about the last months leading up to the war. The chapter on politics is interesting but the narrative really never focuses on the social season. I guess disjointed would be the best description. I'm still glad to add the book to the shelf.
Meer lezen
Vertaal recensie in het Nederlands

Barbara A. Tilley
5,0 van 5 sterren Interesting Approach to Life Right Before World War II
20 maart 2019 - Gepubliceerd op Amazon.com
Geverifieerde aankoop
I really enjoyed this book. It told about all the parties, activities, etc which the debs went through to have their season, but, woven intermittently in the work were the political activities going on in Europe which cast a cloud over everything. It was as if everyone was frantically trying to have fun, but they knew something was coming. It was very well written and interesting.
Meer lezen
Vertaal recensie in het Nederlands

Note
5,0 van 5 sterren Very informative!!!
18 mei 2014 - Gepubliceerd op Amazon.com
Geverifieerde aankoop
This is the fourth book I've read by this author. I've enjoyed them all and highly recommend them. This is one of her older titles and is has lots and lots of facts, but it still is worth buying. Make sure you get her newer titles which are not as complex but are just as excellent. In fact, I am glad I had read her newer titles first so I had a better grasp for this one. A great fiction book about this same time period is "The Partisan" by William Jarvis. It will help you understand the time period. It is based on actual events and a real villain during WWII. Both books deserve A++++++++
Meer lezen
3 mensen vonden dit nuttig
Vertaal recensie in het Nederlands